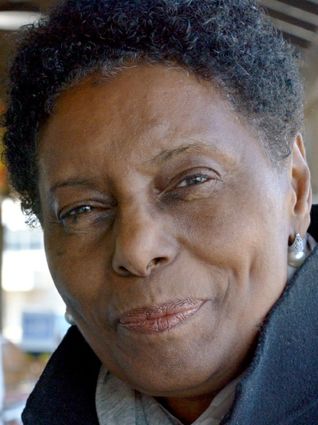 Rich, a noted photographer and researcher, photographed all four women over several years.

Gloria House may not be as well known as the other three women, but she is no less important in terms of her contribution to civil rights. In fact, she nearly lost her life fighting for the cause.

Dr. House, also known as Aneb Kgositsile, is a retired humanities professor and director of African-American studies at the University of Michigan Dearborn.

But back in 1960s, when she was in her 20s, House was a volunteer for the Student Nonviolent Coordinating Committee, an organization that played a big role in the advancement of African-American rights, particularly in the South.

Noted black activist Stokely Carmichael, who was a speaker at the demonstration, had invited her to the Selma, Ala.-area to see work being done and to meet individuals involved in the movement. .

Toward the end of summer a demonstration was planned for Lowndes County, a notoriously segregated, violent area of Alabama. SNCC students and local teens began picketing in front of a store. Within 10 minutes sheriffs arrived to arrest them and take them to the county jail via a garbage truck. They were in jail two weeks when they were told they were to be released on their own recognizance. House and the others were wary of that pronouncement - they believed SNCC leaders wouldn've contacted them - and refused to leave the jail, fearing danger.

But they were forced from jail at gunpoint. The group began walking toward the small town's main street when it turned toward a little store, hoping to buy snacks. Shots rang out and a priest from Chicago, a SNCC volunteer, fell to the ground, as did a young seminarian, who died at the scene. House has said she and others fell to the ground, hoping to escape gunfire but feared that they, too, would be killed.

House, who has also taught at Wayne State University and is a poet and editor for Broadside Press, said they eventually got up and ran, seeking help from residents, but no one obliged. She said she believes they all had known about the planned attack. She and others were eventually rescued by Stokely. A man stood trial in the case but was ultimately acquited

Coretta Scott King, widow of Martin Luther King, Jr., helped lead the African-American civil rights movement in the 1960s. She often participated in many of her husband's expolits and goals during the battle for African-American equality.

King, born in 1927 in Heiberger, Ala., met the future civil rights leader while in college and the two quickly escalated to the center of the movement. The two had four children: Yolanda, Martin Luther King III, Dexter and Bernice.

Mrs. King played a prominent role in the years after her husband's 1968 assassination when she took on the leadership of the struggle for racial equality herself and became active in the women's and LGBT rights movement. She founded the King Center and worked with others to make his birthday a national holiday. King expanded her views to include opposition to apartheid and gay rights.

King became friends with many politicians before and after her husband's death, including John F. Kennedy, Lyndon B. Johnson and Robert Kennedy. In fact, she believed that John Kennedy's phone call to her during the 1960 election helped him ascend to the presidency.

Her funeral was attended by over 10 million people, including four of five living presidents. During her lifetime, she received the Gandhi Peace Prize for her humanitarian efforts. She posthumously was inducted into the Alabama Women's Hall of Fame, and upon her death was the first African-American to lie in the Georgia State Capitol.

Michelle Obama is the first African-American First Lady of the United States, and an accomplished woman in her own right. Reared on Chicago's South Side, Obama attended Princeton University and Harvard Law School before returning to Chicago to work at the law firm Sidley Austin, where she met her future husband, Barack Obama. After that, she was on the staff of Chicago Mayor Richard Daley and the University of Chicago Medical Center.

She delivered a keynote address at the 2008 Democratic National Convention and is the mother of daughters Malia and Sasha. As the wife of a senator and later the First Lady, she has become a role model for women and an advocate for poverty awareness, nutrition and healthy eating.

But her beginnings were humble. She was born to a city water plant employee and a secretary at a catalog store. Her mother was a full-time homemaker until Michelle entered high school. Her paternal great-great-grandfather, Jim Robinson, had been enslaved in South Carolina, where some of her family still reside. Michelle grew up in a two-story house; her parents rented a small apartment on the house's second floor from her great-aunt, who lived downstairs. They occasionally were able to vacation in a rustic cabin in White Cloud, Michigan.

By sixth grade, Michelle joined a gifted class at Bryn Mawr Elementary School. In high school, she was on the honor role for four years. She graduated in 1981 as the class's salutatorian. At Princeton, she challenged the teaching methodology for French because she felt that it should be more conversational. At Harvard she participated in demonstrations advocating the hiring of minority professors.

Winnie Madikizela-Mandela, born Nomzamo Winifred Zanyiwe Madikizela, is a South African activist and politicians who has held several government positions and headed the African National Congress Women's League. She is a member of the ANC's National Executive Committee. 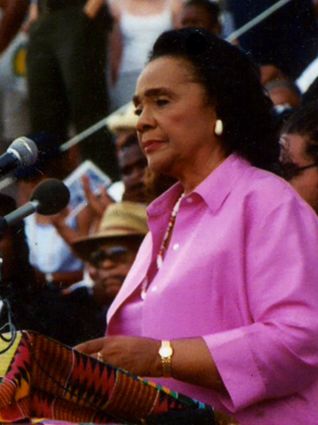 Madikizela-Mandela was married to the late Nelson Mandela for 38 years, including 27 years during which she was imprisoned. Of all the major figures who came to global prominence during the South African liberation struggle, she was the most glamorous and most at home in the world of celebrity culture. For many of the years just before Mandela's release she was his public face, bringing word of his thoughts and his state of mind.

She was nominated for the Nobel Peace Prize and offered academic honors abroad. A controversial activist, she is popular among her supporters, who refer to her as Mother of the Nation. Madikizela-Mandela was said to be the target not only of the government but of politics and the press.

Madikizela-Mandela was born in the village of Mbongwen, Bizana, Pondoland, in what is now South Africa's Eastern Cape Province. Despite restrictions on education of blacks during apartheid, she earned degrees in social work and international relations.