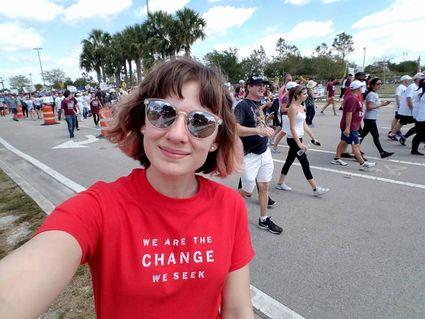 University of Michigan-Dearborn (UMD) student, Alexann Zahara, spent time in Florida during spring break, like many college students do. Zahara was there for a respite from the hectic demand of classes and to visit with her mother, who resides in Florida. While there, Zahara and her mother took a short 20-minute drive to Parkland where, just two weeks earlier, 17 people were murdered and another 17 were wounded in a bloody mass shooting at Marjory Stoneman Douglas High School. Former student Nikolas Jacob Cruz is accused in the shooting rampage.

Zahara and her mother paid their respects at a memorial erected by the community outside the school building. Both were emotionally touched by what they saw. "This was the first time that I ever felt so, I guess, moved by something that I saw in real life," Zahara says.

When plans were scheduled for nationwide marches and demonstrations against gun violence on March 24, 2018, Zahara and her mother decided they both wanted to participate. They chose to join in the march in Parkland and Zahara flew down to Florida for the event. "This one was more personal for me because the kids were just about my age," Zahara says. "I'm 19, they were high schoolers, so that's someone I could be friends with."

Being aware of social and political issues facing Americans is not something Zahara is unaccustomed to. As a sophomore at UMD, she works in the Women's Resource Center on campus, which sponsors events related to women's rights and sexual assault issues. She is also active in student government. As for the gun safety and school shooting issue, Zahara thinks it is not necessarily a national crisis. She defines a crisis as something which did not previously exist. School shootings have been happening for years, she says, and people, including herself, are finally becoming vocal about the situation and demanding a remedy. The publicity associated with the demand for change is opening peoples' eyes, she says.

Commentators agree that social media plays a major role in the attention the movement, now called Never Again, is receiving. The movement is being led by the kids who have been affected and are comfortable using technology to communicate on a daily basis. "Our generation is definitely very politically vocal, especially given social media," Zahara adds. 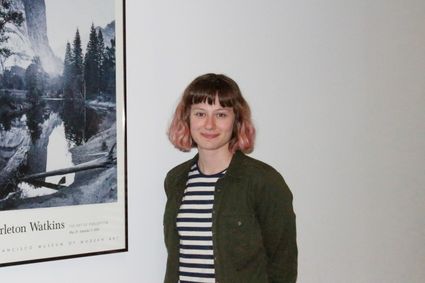 Alexann Zahara decided to get involved to make a statement

Zahara also wants people to remember that there are other forms of gun violence, including domestic and workplace violence, which sometimes involve guns.

As for a remedy, Zahara agrees with many that the nation's gun laws need to be stricter. She also admits that while it is not factual to claim that all people who suffer with mental illness are dangerous, somehow Cruz, despite his troubled history, was able to get his hands on a gun. She says weapons of war should not be made available to 18-year olds. "It's not about gun control, "she says, "It's about gun reform." She also believes that as citizens of a representative government, we should be vocal about what we want from our leaders and lawmakers. Voting is important, she adds. "They use the slogan Never Again, but it's a hope, not a promise."