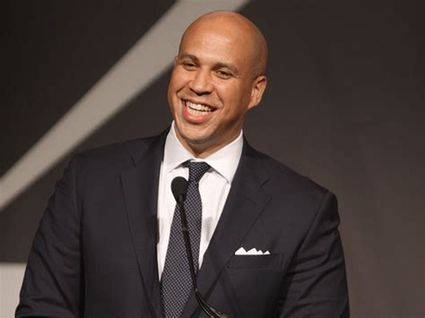 The Detroit Branch of the NAACP is honored to announce that U. S. Senator Cory Booker will be the keynote speaker at this year's Fight for Freedom Dinner. Booker is the first African American Senator from the state of New Jersey. He is also the first African American to be elected to the U.S. Senate since the election of Barack Obama. U. S. Senator Cory Booker has stood firmly for the principles within his own party and has been unafraid to reach across the aisle to build bridges as opposed to erecting walls with those who differ. He is very clear about who he is and what his role in American government should be. As an example, when asked by some concerning his desire for higher office, he stated very directly, "Life is about purpose, not position."

The theme for this year's dinner is 'WE CAN'T REST NOW, THE STAKES ARE TOO HIGH!' During the Dinner, the Detroit Branch of the NAACP will present special awards for Freedom and Justice, Great Expectations for our youth, the James Weldon Johnson Lifetime Achievement Award for one whose life exemplifies progress and development for all people. Rev. Dr. Wendell Anthony, President Detroit Branch NAACP says, "It is not just a dinner. It is an iconic assembly of people who believe in civil and human rights, dignity and respect, and upward mobility for those often overlooked. In the city of Detroit, it is in fact the place to be."

This year's dinner is scheduled for Sunday, May 6th at 5 PM, at the Cobo Convention Center in Detroit. The event, now celebrating 63 years, has brought together grassroots, labor, faith-based, political, business, every ethnic group, young, old, and in-between, from the four corners of our nation. It is not just a dinner. It is an iconic assembly of people who believe in civil and human rights, dignity and respect, and upward mobility for those often overlooked.

For more information or to purchase tickets, tables or sponsorships please call 313-871-2087 or visit http://www.detroitnaacp.org.