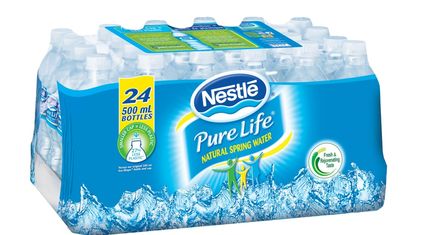 Nestle food conglomerate is the largest food company in the world, with over 450 manufacturing centers in 80 countries. Headquartered in Switzerland its facilities span six continents.

Nestle has also been exposed and criticized, perhaps, more than any other corporation in the world. And its water bottling industry has Michigan environmentalists and concerned citizens outraged and seeking justice for what they perceive as blatant theft of the state's most precious and indispensable resource.

Recently the Michigan Department of Environmental Quality approved a measure that allows Nestle to extract 250 gallons a minute from the White Pine Springs region and sell it as bottled water. Moreover, the state legislature has stood in the shadows and allowed this without charging the food giant any compensation for what experts believe is a rogue depletion of Michigan's fresh ground water supply. "I don't know why its legal to do that," said Terry Swier, a water conservation advocate. "They get a permit from the state that allows that. I personally don't believe we should be doing that with our water. We should not be privatizing the water."

Groundwater is not regulated as closely as surface water if the use of it does not permanently alter its availability or accessibility, but there are many people who are convinced it does.

Ironically, during the time when government officials allowed Nestle to pump millions of gallons of water freely, it announced that the free bottled water supplies that were delivered to the beleaguered and state-water poisoned-city of Flint Michigan would end. This was done even though much of the lead came from old worn-out pipes in the city's infrastructure and these pipes had not been replaced. Also, after being lied to for years by government officials that the city's toxic water was safe to drink, the people are understandably suspicious of the words and opinions coming from these same government agencies.

Many think it outrageous to allow a multi-billion-dollar corporation to improve its bottom line by hundreds of millions more by profiting from an area's natural resource and not have to contribute anything back to the area where they attain the source of their profits while laughing all the way to the bank.

Sadly, as sordid as Nestle's reputation on environmental issues are in Michigan, they are just as bad (or worse) on the national and international scene.

It is strange that Nestle, a company known for its huge stock piles of bottled water, would be involved in controversy over the sell of its infant baby formulae to nations that are suffering from a lack of fresh water. In the 1970's Nestle was censured for marketing its water-soluble baby formulae to poor countries that did not have the clean water sources or supplies to use it. The women were forced to mix the formulae with tainted water which placed their children in danger of catching a litany of diseases that put their health and their lives at risk. Critics contend that Nestle was aware of the need for clean water in these nations but did nothing to make it available to them even though they are the largest water bottling and distribution company in the world.

In the realm of labor rights, Nestle has a documented history of many violations including the unlawful use of children in its coffee and chocolate production farms in Africa and Asia. And the International Labor Rights Forum named Nestle as one of the five worst companies in the world because of its human rights abuses in the Philippines, Columbia, Peru, Russia, and Pakistan. 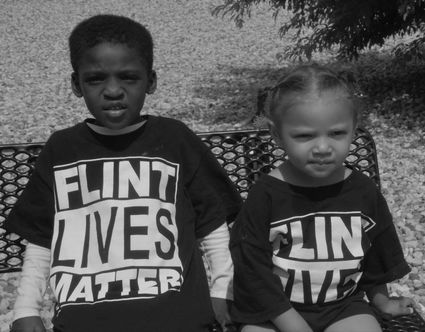 In the United States of America, the ability of huge corporations to run roughshod over people has its roots in the misuse of the 14th Amendment to the Constitution. Originally written to secure the citizen rights of African Americans who suffered the oppression and exploitation of slavery, the 14th Amendment was coopted when the U.S. Supreme Court voted to extend these rights to corporations in the infamous Slaughterhouse case.

Currently, as the need for clean water is greater than ever and its availability and accessibility is dwindling, it is important to understand that water is not to be considered a mere commodity for the enrichment of corporate conglomerates and profit seekers. Water is life itself, and all have an equal right to its consumption and its use.