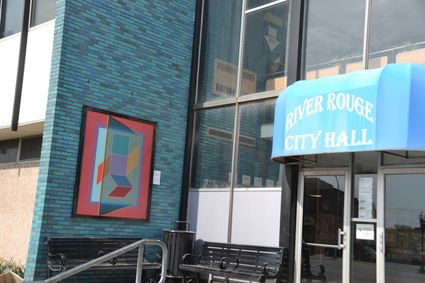 The Detroit Institute of Arts (DIA) announced the communities participating in its 2018 Inside|Out program, which brings high-quality reproductions of masterpieces from the DIA's collection to outdoor venues throughout metro Detroit. Inside|Out is sponsored by the John S. and James L. Knight Foundation.

Inside|Out is a successful component of the DIA's community engagement efforts. Over the past nine years, the museum has partnered with more than 100 communities and engaged tens of thousands of residents with art in places where they live, work and play.

"Inside|Out allows us to expose people to great artworks in the familiarity of their own communities," said Salvador Salort-Pons, DIA director. "For almost a decade now, Inside Out has brought people together through the power of art to foster conversations and understanding among metro Detroit's diverse communities."

The reproductions will be on view in eight communities from April to July, and in seven others from July to October. Each community will have from seven to 12 images clustered within walking or bike-riding distance. The DIA encourages each community to plan activities centered on its Inside|Out works; events will be planned closer to installation dates. Previous activities have included bike and walking tours, talks at libraries and community centers, festivals and more.

The DIA will host the third annual #InsideOutUSA Photo Contest this summer, which seeks out the most creative photos of Inside|Out works in metro Detroit. The contest will launch with an Instameet, or Instagram meet-up, in an Inside|Out community. Details to come.