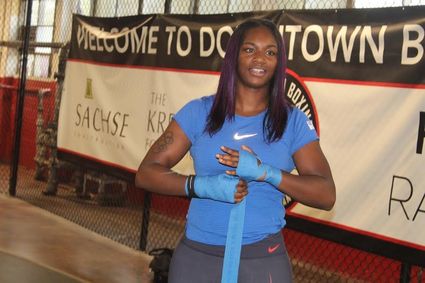 to become a real and relatable Figure to the children. "It's hard to be positive when your surrounded by negativity." Says the champion boxer. Shields will attempt to become a two-division world champion when she faces unified women's 154-pound champion Hanna Gabriels for the vacant IBF and WBA Middleweight World Championships at Masonic Temple in Detroit on Friday, June 22.

The Downtown Boxing Gym Youth Program is a free, after school academic and athletic program that currently serves 150 Detroit students ages 8-18 with a waiting list of more than 850students. The gym teaches books before boxing with a focus on tutoring, mentorship and enrichment programs, and has a 100% high school graduation rate since its inception in 2007. The program's founder and CEO, Khali Sweeney, was named a Top 10 CNN Hero in 2017.