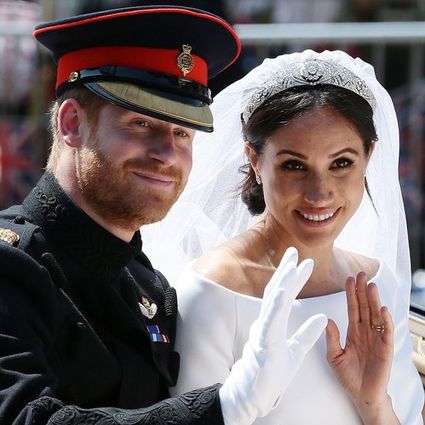 Prince Harry and Meghan Markle exchange vows at a ceremony at St. George's Chapel in the Windsor Castle. The royal wedding featured, the head of the Episcopal Church in the U.S., a Black choir and a Black cellist. Oprah Winfrey and Serena Williams also attended the wedding.

Prince Harry and Meghan Markle, an American actress with an African American mother, were married on May 19 after exchanging vows at St. George's Chapel in the Windsor Castle in England about an hour from London.

The ceremony was striking for its racial diversity in a royal family not know for it. The blend of African American and British culture noted by many onlookers resulted in a memorable ceremony with cutting edge aspects and several obvious historical first for the British royal family.

It wasn't just the entrance of tennis champion Serena Williams wearing Versace or Oprah Winfrey in a pink Stella McCartney dress and hat, it was the music, the style and the words spoken at the ceremony. Gone was the predictable stuffiness that often accompanies royal ceremonies; the wedding's diversity made the affair even more regal.

The bride's mother, Doria Ragland, stood nearby, sometimes shedding tears, as the only blood relative on Meghan's Markle's side of the family to attend the wedding. Markle's father, Thomas, was too ill to attend the ceremony after a recent heart ailment.

Sheku Kanneh-Mason, a Black 19-year-old classic cellist from Nottingham England, who was the first Black musician to win the BBC Young Musician of the Year award in 2016, performed at the wedding. Kanneh-Mason performed "Sicilienne," "Après un rêve" and "Ave Maria" during a break in the ceremony when the royal couple had to depart the altar to sign a registry in a backroom and out of the sight of their guests.

During an address focused on the power of love, that BBC commentators defined as "spirited," Bishop Michael Curry, the head of the U.S. Episcopal Church, brought the Black church to the royal wedding. Curry began and ended his speech quoting Dr. Martin Luther King, Jr. saying, "Martin Luther King was right: We must discover love. And when we do, we will make a new world."

Karen Gibson directed The Kingdom Choir in a performance of "Stand By Me." The Ben E. King song is a R&B standard from 1961.

"A Black woman in an updo directing a Black choir in "Stand By Me" after a Black preacher gave a three-point sermon, complete with altar call, might be the official end of the United Kingdom. This is the real 'Brexit,'" tweeted former Obama White House official Joshua DuBois. 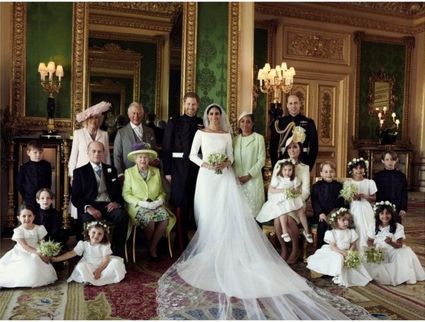 The joining of families with the official wedding photo

As the newly-minted British royal couple left St. George's Chapel with family following and entered a carriage after the ceremony, The Kingdom Choir again sang. This time it was an Etta James styled version of "Amen (This Little Light of Mine)," a 1920s gospel song that was popular during the Civil Rights Movement.

Lauren Victoria Burke is an independent journalist, political analyst and contributor to the NNPA Newswire and BlackPressUSA.com. She can be contacted at [email protected] and on Twitter at @LVBurke.