To fulfill Dr. King's vision, we must lift up the poor 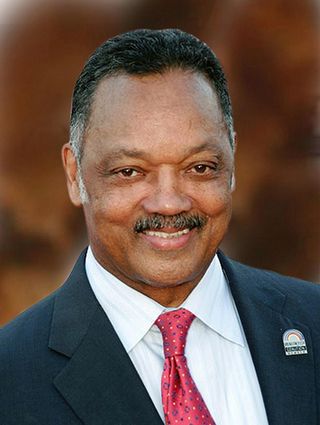 . Martin Luther King's final mission was to build and launch a Poor People's Campaign across lines of race, religion and region. He called for a "revolution of values" to address the "triplets of evil" - militarism, racism and economic injustice. People should not die from poverty in the richest nation in the world, he argued. It was time to speak out; silence was a betrayal.

What Dr. King taught 50 years ago is even more relevant today. That's why I joined with Rev. William J. Barber II and Rev. Dr. Liz Theoharis and their allies as they build a new Poor People's Campaign: A National Call for Moral Revival, calling for nonviolent, moral direction action in state capitols across the country.

The campaign is a moral imperative. Inequality in this country has reached obscene extremes, with the richest three individuals having as much wealth as 50 percent of the country combined. Incomes have stagnated for most Americans, while they have soared for the top 1 percent who have the resources to rig the rules to help themselves.

Most Americans struggle with rising costs and stagnant incomes. According to a survey by CareerBuilder, more than three out of four Americans - 78 percent - live paycheck to paycheck. Three in four are in debt; most think they will never get out of it. More than one-third of Americans have no retirement plan beyond Social Security. Thirty-two million go without health insurance. Medical bills are the No. 1 cause of bankruptcy. More than half of minimum wage workers must work more than one job to make ends meet. According to the official Supplemental Poverty Measure, 140 million Americans live in poor or low-income households, including 38 million children.

Even as inequality has grown worse, and the incomes of most Americans haven't kept up, we've witnessed a harsh purposeful reaction, playing on our fears, using race and religion to divide us and blind us to the reality of our shared struggles. We see that in the hateful language that insults immigrants, slanders Muslims, extolls neo-Nazi and neo-Confederate race groups. We see it in the systematic efforts to use voter repression, gerrymandering and big money politics to keep power in the face of majority demands for change. We need it in the priority given to military spending and endless wars to police the world while our infrastructure grows decrepit, depriving more and more people of affordable water, public transport, safe roads, modern communications.

This reality is too often ignored in the posturing about America's greatness, or the bragging about the low unemployment rate. We need a moral revival in part because we need to see and speak the truth, and act together to make America better. If we turn from racism to embracing each other and loving one another as God has loved us, if we will share together and sacrifice together, we can create an army for justice, a coalition of conscience. We can become the heartbeat of our nation leading a true revival.

The new Poor People's Campaign is not a closed organization. It is an open movement, calling each of us to stand up, to speak out and to act. The reality we face is not written in stone. It is the result of the power of special interests and the passivity of the true majority. If we come together, and act together, Dr. King taught us, we can create a better world. Now is the time to act. The Poor People's Campaign - at https://www.poorpeoplescampaign.org - calls us to complete the mission Dr. King began so long ago.

You can write to the Rev. Jesse Jackson in care of this newspaper or by email at [email protected] Follow him on Twitter @RevJJackson.