Seduced By The General By: T. Norfleet

Books in the Hood Review 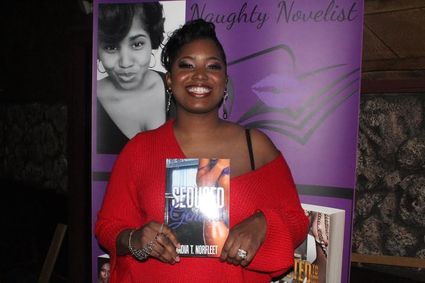 Seduced By The General is another title in the long list of Detroit author India T. Norfleet. Norfleet is a writer of romance and erotica where her stories are very distinctive from others in the genre. Her fans know her for in-depth characters that drive intricate, intimate, and relatable storylines.

Brandie Harris is her tale's leading lady. A beautiful, successful, and charismatic black woman that's living her best life. All the charm and eminence doesn't stop Ms. Harris from being burned by the past. A past that was abandoned by a perfect man and the love of her life. Khalil Young.

The two were in a loving relationship when Kahlil's cousin Dwayne was suddenly murdered. Guilt poured over him and wasted his every emotion. Kahlil's heart told him one thing would avenge his cousin, skipping town and enlisting in the military.

Not even his love for Brandie would have kept him home. Kahlil leaves her like a girl he just met to seek his peace.

Years later Kahlil returns with the rank of General; no peace, and the will to fight for a second chance at Brandie's heart. This time around, nothing will get in his way of proving to Brandie she's his everything. She doesn't deny her love and feelings for him. But rage, distress, and disappointment in Kahlil sit like the elephant in the room, and it shows.

Brandie isn't ready to let him back in yet. She has her own life, and a new man who's jumping through the hoops Kahlil dropped. Resulting in a nerve wrecking, nail biting love triangle that steals readers away until the last page.

The twist and turns Seduced By the General has to offer is what continues to grow India's fan base. From just one book readers have purchased her entire catalogue that includes dozens of titles on Amazon. India's next book, Tongue Me Down will be available on Amazon June 16th. The novelist can be reached on Amazon, Facebook and her website http://www.indiatnorfleet.com.

Xavier Jones - What inspired you to write this title?

India T. Norfleet - Just living life and experiencing romance. I was trying to find a story that's filled with passion, romance and erotica. You can say the inspiration came from multiple angles.

Xavier Jones - Has erotica always been your favorite genre to write?

India T. Norfleet - Yes it's always been my style, weather poems or short stories. When I transitioned to writing full books I kept it at erotica and romance. For me the two work hand and hand. I like telling new stories on how men and women connect, and using it to lure readers who are new to the genre.

Xavier Jones - How do you attack the genre differently?

India T. Norfleet - The way I tell the story, everybody tells their story in a unique method. I try to stand out by deepening the story with romance. But I have some stories that get straight to the point. Everyone has a preference.

Xavier Jones - What's the difference between romance and erotica? 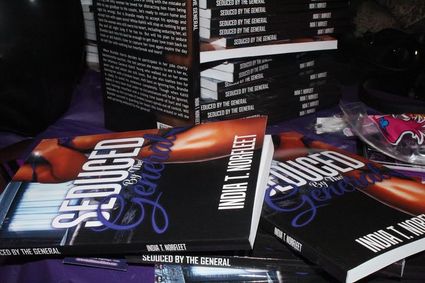 India T. Norfleet - Romance is all about dating and courting. Sitting under the stars or walking across the beach. Capturing those moments with your story. Erotica is the connection between the two, the sex. When the characters are passed the stars and the beach and want to get to the point. One leads to the other.

Xavier Jones - Where do you see your career going?

India T. Norfleet - I want to do big things! I want to be a writer with a countrywide fanbase and influence. To the point readers are knocking down the door to get to my next release. The books could be made into movies that play on BET, HBO, or at the Emagine Theatre. I'm not writing to prove a point to anybody. I'm writing so my paperbacks can earn me a modest lifestyle. I also want to help people, I can see myself teaching a class that helps others bring their stories to life.