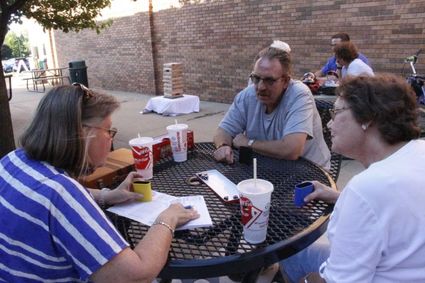 The organization Wayne Main Street is welcoming summer with an activity for everyone, especially for families. Outdoor Game Nights are being held each Wednesday through July 11 this summer. The Outdoor Game Nights will be held in Derby's Alley on Michigan Avenue from 6 to 9 p.m.

Derby's Alley is an outdoor gathering place for the community. It is located within the Michigan Avenue business district of the city and was at one time the home of a small tavern. Unfortunately, the tavern was destroyed by fire and after the city of Wayne cleared the ruins of the former business, a hole was left in the city's business district. In 2016, Wayne Main Street approached the city with an offer to transform the empty lot into a usable public space. With plenty of hard work and donations, the public space became a reality in 2017. The space was named Derby's Alley in honor of Ezra Derby, the founder of Wayne who came to the area in 1825 and settled here.

Derby's Alley has been host to Tai Chi classes, a reception for the city's annual scarecrow show and, early last December, a visit from Santa Claus. Through lots of fundraising, Wayne Main Street was able to add benches, tables, flowerpots, and outdoor lighting to the space.

The Outdoor Game Nights are a pilot program and Executive Director of Wayne Main Street, Maxwell Cameron says he hopes the event is well-received by residents. Cameron plans to revive Outdoor Game Nights in the fall for a few weeks, as long as the weather cooperates. "It should be a fun event," Cameron says. "We want as many people as possible and we're specifically looking for people from surrounding communities to get interested in events in Wayne." 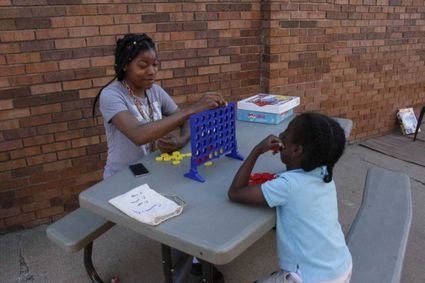 The organization provides plenty of board and outdoor games. Included is a large, oversized version of Yahtzee, known as Yard-zee, which uses a large chalkboard to keep score. Also for use will be the beanbag toss game, Cornhole and a Giant Jenga. Attendees are welcome to bring their own favorite games as well. The space is wired for sound and music will be part of the enjoyment, along with refreshments available for purchase. Cameron says the event is important because, "it builds community, it brings people together. That's really our goal as an organization."

The event is for all ages and all skill levels. Outdoor Game Night is open to residents in surrounding cities, as well. The downtown area of Wayne is safe, inviting and easy to navigate. "A lot of awesome things are happening in our downtown," Cameron says. "We'd love for more people to know about it and to check it out." Fall events are in the planning stages and organizers hope to utilize the newly created public space.