No Emergency Managers for First Time in 18 Years 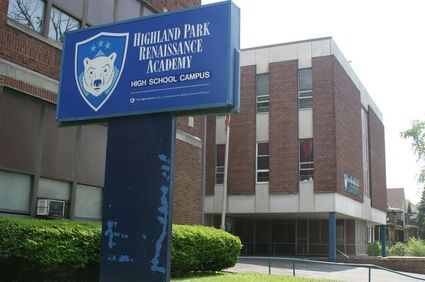 LANSING – State Treasurer Nick Khouri today announced that no Michigan municipality or school district is under state financial oversight through an emergency manager for the first time in nearly 18 years.

The state treasurer's announcement comes after releasing Highland Park School District from receivership under the Local Financial Stability and Choice Act. Since 2000, there has been an emergency manager providing financial oversight somewhere in Michigan.

"Today's achievement is really about the hard work our communities have accomplished to become financially sound," Khouri said. "I commend the efforts of our local units to identify problems and bring together the resources needed to help problem-solve challenging financial conditions. Our state as a whole prospers when communities practice good financial policy."

Highland Park School District's locally elected school board will oversee the contract for Highland Park Public School Academy and the cooperative agreement with the Detroit Public Schools Community District for the continuing education of students. The board will also manage the repayment of long-term debt obligations.

The Highland Park School District currently has a plan in place to address its general fund deficit, with revenue from property taxes imposed on non-homestead property dedicated to outstanding debt. An approved two-year budget is also being implemented.

In August 2011, the Michigan Department of Education conducted a preliminary review of the Highland Park School District to determine whether probable financial stress existed. Based upon that review, the State Superintendent of Public Instruction concluded and reported to the governor that probable financial stress existed and recommended the appointment of a Financial Review Team.

Later that year, the governor appointed a Financial Review Team, which concluded a financial emergency existed within Highland Park School District and there was no satisfactory plan to resolve that emergency. An emergency manager was appointed in January 2012.

Since 2015, the public school academy has been educating students from Pre-K to eighth grades and a cooperative agreement with the Detroit Public Schools Community District has been providing educational services to students from ninth to 12th grades.