The Tragedy of Mental Illness in Michigan 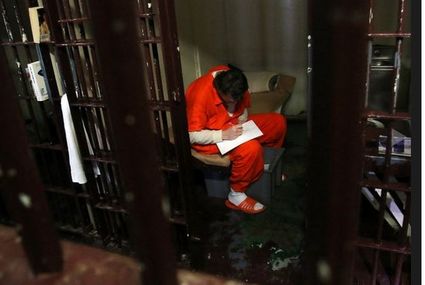 Although it is commonly believed that Ronald Reagan was behind the push to shut down mental hospitals when he was governor of California, it really was fueled by bipartisan legislation in the Lanterman-Petris-Short Act.

Reagan did believe, however, in smaller government and that community- based mental health centers in concert with concerned families were better options and better places than state institutions to care for the mentally ill.

In Michigan, governor John Engler closed almost all state mental health institutions in his quest to cut fiscal spending and to balance the budget.

Community-based mental health clinics could have provided the life raft of care the mentally ill needed if funding was distributed from federal and state treasuries. But this did not happen. The fact is the mentally ill, like the poor, have no lobbyists to send to Washington or to state capitals to plead to or to persuade those that sit in the political halls of power. And they are usually despised or ignored by the movers and shakers in American business, elite social circles, and politics.

Yet, during the 1960's, there was growing sentiment that state-ran mental health hospitals were hell-holes where patients received tortuous and debilitating shock treatments and were forced-fed mind numbing drugs that turned them into zombies. Thus, the idea to release them out of these terrible places into community-based clinics which could gradually reintroduce them back into society gained traction.

But the mentally ill did not go to community ran mental health clinics, nor did they vanish when they were released into the cities and the townships of America to cope with a strange, apathetic, or hostile environment. And because of not receiving the monitoring and treatment they needed, or the medications to alleviate their illness, many of them digressed further into psychosis and paranoia and found themselves being approached by law enforcement officers; officers who were not trained or equipped to deal with them, so they were arrested and deposited into the nation's jails and prisons. Places that are so mentally and spiritually debilitating, that many people who were sane, develop mental illness when incarcerated there.

Prisons and jails that are by their very nature dehumanizing places of stress and isolation, are magnets that often attract sadistic personalities to staff them. And these factors create a perfect storm for violence, cruelty and brutality.

The Michigan prison system made national news in 2006 when mentally disturbed, twenty-one-year-old Timothy Joe Souders died after enduring days of horrible treatment and neglect. Soulders, who suffered from severe depression and manic episodes, was held in solitary confinement, shackled naked to a concrete slab in 100-degree heat, and left to lie in his own waste. A federal judge called the death of the young man "predictable and preventable" and determined that the Michigan prison officials "practice constitutes torture and violates the Eighth Amendment."

In another incident that occurred in 2014, mentally ill inmate Kenneth Dalstra died of water intoxication at Richard A. Handlon Correctional Facility in Michigan. Dalstra suffered from psychogenic polydipsia, a psychological disorder that compels a person to consume liquids. A lawsuit was filed by his family that accused the prison staff of acting with deliberate indifference to Dalstra's health and safety.

"But ending that abuse is just the tip of a huge iceberg of mass incarceration and the acute shortage of mental health and addiction services in communities," writes professor Peter Edelman. "Improving mental health and addiction services in jails and prisons is just the first step. Ending mass incarceration is essential if we are to reduce the number of people with mental illness who are locked up. And creating accessible behavioral health services for low-income people in the community is crucial to keep them from having to do time in jail or prison in order to get treatment."

Many believe that the former Michigan governor John Engler must bear some of the responsibility for the sorry state of metal health care in the state. For it was he that sought to balance the budget at the expense of the mentally ill who were turned out in the streets without the necessary care or follow up.

"Yes, the state hospitals were essentially corrupt dungeons where people were imprisoned and abused on the tax payer's dime," said Yohannan Bernays. "But the alternative was so poorly executed that it hasn't proved any better."

According to the Michigan Department of Corrections, there was a 14 percent increase in the number of prisoners classified as having mental illnesses, rising from 8,312 inmates in 2012, to 9,395 in 2016. And the mentally ill comprise 23 percent of Michigan's 41,000 prisoners. And about 64 percent of county jail inmates in Michigan have a mental illness.

"About 20 percent of our prison population has some level of mental illness," said Michigan Department of Corrections spokesman Chris Gautz. "We have a variety of ways to treat them. We have psychologists on site, we have a facility that is specifically for our more severely mentally ill inmates. We have staff that train in that area as well as an assortment of mental health professionals. And in all our prisons we have specialized units for mentally ill persons, so they can be watched over and kept from harm." 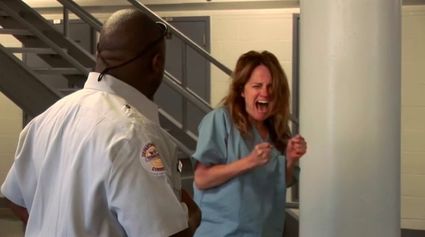 The Michigan Department of Corrections states in an official document that "mental health services are available to all prisoners, including appropriate treatment for prisoners who are seriously mentally ill. All prisoners in need of health services shall be identified in a timely manner, have reasonable access to care, and be afforded continuity of care, including follow-up as indicated."

Yet the very nature of the hostility inherent in the prison environment creates a perfect storm for abuse and neglect.

"I think the public doesn't have a good appreciation or understanding of the lengths we go to treat them," said Gautz.