Inkster's New Director of the Housing Commission is on the Job 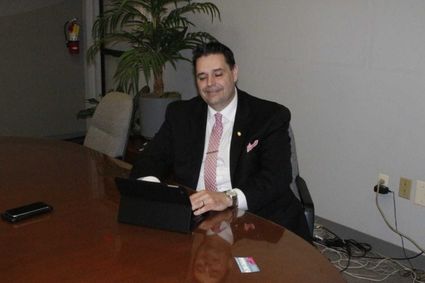 kster's new Interim Director of the Housing Commission has been doing this job all his life. A product of the Great Lakes Region, Paul Bollinger was born and raised in Toledo, Ohio. As a young man, Bollinger knew he possessed an interest in property management and organization. He earned an Associate degree in Landscape Management from Owens Community College in Perrysburg, Ohio. He later obtained work with the Lucas Metropolitan Housing Authority (LMHA) in Toledo. His job title was, in his words, "a glorified janitor." Bollinger worked in the renovations department, cleaning and repairing vacant housing units.

While working with LMHA, Bollinger acquired more education, adding a Building Maintenance Certification to his resume from Stautzenberger College in Toledo. He later went on to earn a Bachelor's degree in Health Care Administration at Mercy College of Ohio.

Both his education and ambition helped him to climb the ladder of leadership at LMHA. Over the course of 19 years, Bollinger held numerous supervisory positions, ultimately becoming the regional assets manager. He would later accept senior management positions within the public housing authorities in Las Vegas, Detroit, and Peoria.

Bollinger arrived at the Inkster Housing Commission this past spring. He believes because he began his career in public housing at the lower rungs of the industry, he possesses a unique perspective and understanding of most, if not all positions. Bollinger has spent roughly 25 years working his way up through the levels of leadership and management in public housing. His experience at all levels within the industry gives him an ability to understand the various departments, their duties and their challenges.

He has spent his first months on the job getting to know his team at the housing commission and the residents he is here to serve. He draws on his broad range of experiences to identify with his team of co-workers and let them know he understands the myriad of issues facing the department. Initial meetings allowed Bollinger to express to his staff that he wants to play an active role as issues within the office and with residents arise.

He has participated in meetings at all five of the city's public housing units. Meeting with residents has allowed Bollinger to communicate the most efficient methods for them to find solutions and satisfaction when problems arise for them. "Collectively, it's going to take all of us to get where we're going, both staff and residents," he says. "So we need to sit down and talk." Bollinger says he is interested in listening to what families have to say and what sort of struggles they may be facing. He maintains an "open door policy" for both staff and residents. 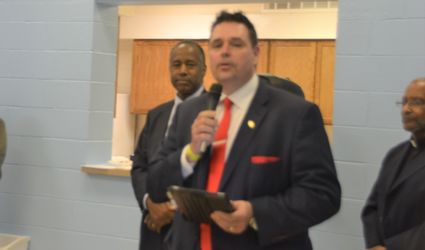 One of Bollinger's first assessments has been to meet with the city's Housing and Redevelopment Board, assessing their goals and concerns, and developing a strategy for addressing those. One short-term goal on the director's list is the reorganization of asset management, which will install management offices and property managers on city housing units. Bollinger explains that residents will see the benefit of having a manager on site as they will receive quicker attention to maintenance issues and will have a contact person who is able to handle rent issues in an efficient manner. In addition, unoccupied units should be kept in good order, ready for new occupants.

Bollinger is also enthusiastic about the city's upcoming EnVision Center, which was the subject of a groundbreaking ceremony in June. The EnVision Center is anticipated to be a toolbox to self-sufficiency for many Inkster residents. He also wants residents to know that Inkster's Housing Board meetings are public meetings and they are welcome to attend. Board packets are posted on the city's website, and he adds, "You're welcome to go to the city website to see it, print it at home, look at it on your phone, to really have an idea as to what we're doing, what's going on, the public's always welcome and encouraged to come over."

More information on the Inkster Housing Commission and the Housing and Redevelopment Board can be found at http://www.cityofinkster.com.