The Great Bacon Run is Coming to Garden City 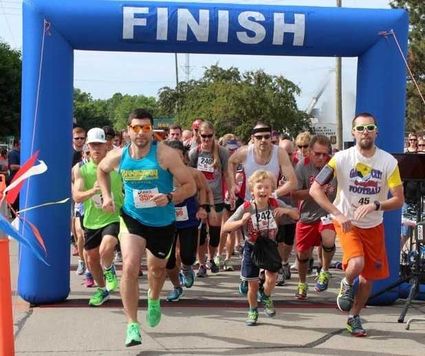 Crossing the finish line at the Great Bacon Run in 2017

arden City's Great Bacon Run is all about fun and giving back to the community. The event, now in its third year, will be held Saturday, August 11 at Garden City Park. The Great Bacon Run features four events, a 5K run, a 10K run, a Double Bacon Run (5K and 10K), and a Kids Fun Run (1/4 mile, untimed). The name of the event derives from the city's mascot, Willy the pig, whose likeness is displayed in downtown Garden City.

In previous years, the goal of the event was to put the focus on Garden City's downtown area and Garden City businesses. This year, proceeds from the event will go to benefitting children participating in youth sports through the Garden City Youth Athletic Association.

Tori Butler is with Garden City's Department of Parks and Recreation and is co-chair of this year's Great Bacon Run. She is highly optimistic about the event. "We're hoping for roughly 500 participants between the 5K, the 10K, the Kids' Fun Run, and we also have the Double Bacon Run," she says. Besides a t-shirt and a medal, what else drives athletes to participate? "As kind of a perk, you get some bacon samples at the end," Butler adds. Participants must be registered by July 31.

The events will begin in Garden City Park and the route will flow into the neighborhood streets north of the park and east of Merriman Road. Residents and those who will be traveling into the neighborhood north of Cherry Hill and south of Ford Roads should expect road closures to be in place for the safety of the runners between 7:00 and 11:00 a.m. Both the starting lines and finish lines for each event will be in the park. The first event, the 10K gets underway at 7:30 a.m.

The Great Bacon Run attracts runners of all ages and all athletic abilities. Butler says each year sees a large number of families participating, some even bringing dogs and strollers. Most run the events, but there are some participants who walk the entire route. Butler asks those who plan to bring a dog or stroller to please stay off to the side to allow the more serious runners to do what they came to do, as the larger events are timed, with awards going to the top three performers in each age category. "It is competitive," Butler says, "but we also have lots of families...we have a very wide range of individuals who come to this race." 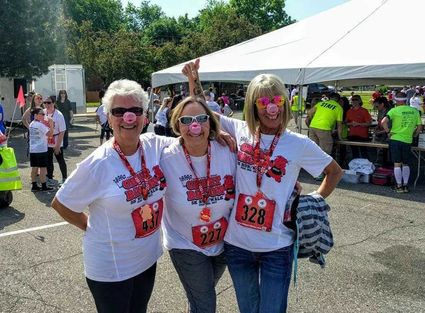 The Great Bacon Run will welcome five runners this year from Indiana, whose goal is to participate in 50 runs in 50 states across the country. Their youngest group member, Kate Ballinger, is 9 years old and will be participating in the 5K run. Their story can be found on the event's website at http://www.gcicearena.com/baconrun.

Butler adds that volunteers are still needed for the event. A Sign-up Genius link can be found on the event website.

The event will also feature food vendors and information tables from local sports venues. For further information about registering or volunteering, check the starting times for each event, or to find a map of the route, see the event website at http://www.greatbaconrun.org. Garden City's Department of Parks and Recreation can be reached at 734-793-1882 or at http://www.garedncitymi.org.