Daddy Can You Hear Me?

BOOKS IN THE HOOD REVIEW 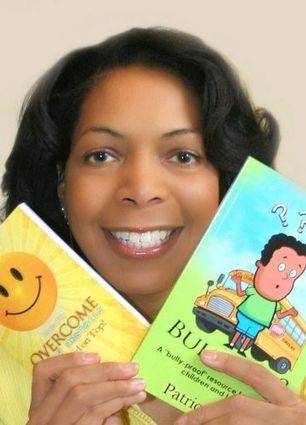 Patrice A. Lee displays two of her books

Daddy Can You Hear Me is collection of poems and prayers targeted to fatherhood, and what a father figure means to the family. Cass Tech and Michigan State alumni Patrice A Lee is the sole contributor of the poems in Daddy Can You Hear me. The subject matter covers fatherhood in a multitude of perspectives.

Ms. Lee wrote this book to remind the community that a father's job is never done, and that it's never too late to start over. There are pieces directed to absent fathers and suggested steps to earning the trust of the family. Daddy Can You Hear Me is endorsed by fathers across the country. I don't have any children of my own. But after reading I learned how deep my presence would affect the thoughts and behaviors of my potential offspring.

Patrice A. Lee is the founder of Leep4Joy Books. Her lituatrte dosen't stop at fatheroohd. Bullying, self image and motherhood are few of the many topics she tackles.

A survivor of workplace bullying, Patrice Lee, reaches out to parents, children, teens and adults with a message of faith, hope, healing and love, and considers it a privilege to share positive ways to handle bullying. Prayer and her personal relationship with Jesus were keys to her survival. She conducts parent workshops and speaks to classrooms and student assemblies on ways to avoid the negative effects of bullying.

Ms. Lee and her collection of books can be found on Leep4joy.com.

Xavier Jones - What inspired you to write Daddy could you hear me?

Patrice A. Lee - I had recently written another book, poems were coming from all over the place. But I didn't have anywhere to put them. I Met regional PTA Dad and read him the poems. The Dads all requested a copy of it. From then I went home and comprised all the poems. Written for dads but endorsed by everyone. To serve as a healing anecdote for families

Xavier Jones - Why is it important to have fathers at home with family and children?

Patrice A. Lee - God ordained the man to be the head of the household and the woman to be by his side. When the family is seperated normally, the woman has to step up. It's extremely hard to fill in the void. Father's not being home can create a snowball effect that leads to delinquency amongst teens.

Xavier Jones - In your opinion. What is a father's role in in the family?

Patrice Lee - Leader of the home, The one that makes decisions to guide the children. Ultimate example for sons and daughters. Their first teachers.

Xavier Jones - How do you suggest absent father's make a connection to their children?

Patrice Lee - Reach out in love. Be humble and ask for forgiveness. Be a man of your word and spend quality time with your children as much as possible.