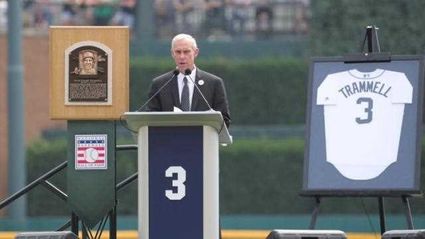 Alan Trammell, the Detroit Tigers' legendary shortstop, was immortalized in Detroit as the Tigers forever retired his No. 3. The club unveiled his name and number in a pregame ceremony on Sunday, which are now painted on the left-center field wall alongside his teammate Jack Morris and other Tigers who have had their numbers retired. 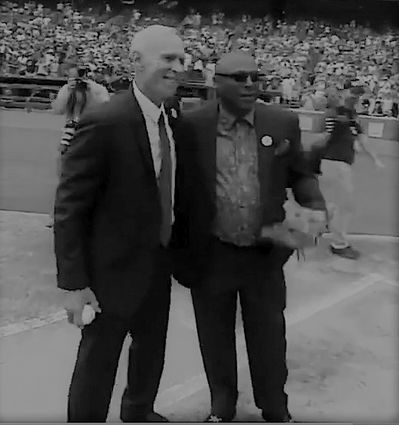 Alan Trammell and Lou Whitaker of the Detroit Tigers turned 751 double plays together, more than any partners in history of baseball.

Several of Trammell's former Detroit teammates were on hand for the ceremony, including Lou Whitaker. When Whitaker was called to speak, the fans suddenly shouted "Louuuuuuu."

"I had the privilege to play side by side with Tram for 19 years." Whitaker said to crowd that took the ceremony at Comerica Park this past Sunday. The duo of Trammell and Whitaker turned 751 double plays together, more than any partners in history of baseball. Many feel within a couple more years that baseball will rewrite the wrong and place Lou Whitaker in the Hall of Fame where he belongs.