Question to parents; 'Is the devil using you to keep your children out of the Church, Sunday School & Bible Class?' 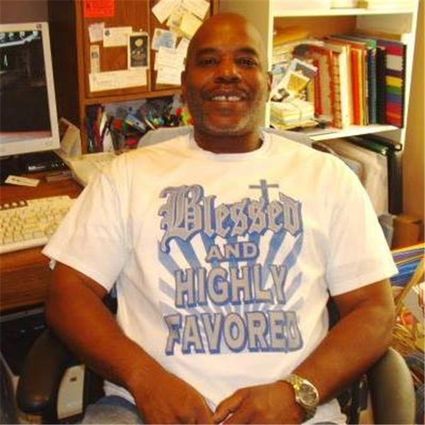 The Lord Jesus instructed Christian parents to raise their children to reverence him and live according to his word. Ephesians 6: 4 Fathers, do not exasperate your children; instead, bring them up in the training and instruction of the Lord. However, Jesus keeps telling me that the devil is actually using the very parents he gave to raise them to reverence him and live according to his word to take a casual attitude toward the things of God just like they do. That is totally the opposite of the will of God and therefore it has become the will of the devil. Parents or guardians you can show your love for the Lord Jesus by allowing your children to get to know who their Father in heaven is and why they want to serve him and live for him everyday in this life. Parents or guardians if you take a casual attitude toward the things of God you are teaching them to do the same. Your example is the one they see the most. Parents or guardians if you don't go to church, Sunday school, or Bible class like you should what do you think their attitude towards those things will be? Matthew 18: "If anyone causes one of these little ones-those who believe in me-to stumble, it would be better for them to have a large millstone hung around their neck and to be drowned in the depths of the sea. The devil is actually using you to do opposite of what Jesus told you to do.

One day they will be adults and you should want them to have what the prodigal son had instilled in him. He knew how it was in his father house and that he could always return home to his father's house. Train them up in the way they should go and when they are old they will not depart from it. He demonstrated that for us. He remembered well what it was like in his fathers house. And when he came to his senses he returned home to the comforts of his fathers house. The word of God will be like a homing beacon to them allowing them to always be able to come to their word of God senses and find their way home again. But this won't happened if they have no Christian education to speak of. They will be challenged by all kinds of new Ideas when they off to college. You want to make sure they know what they know and whom they know. Parents or guardians you can please the Lord Jesus by getting serious about your children's Christian education just as you are about their secular education. If they wake up and say I don't want to go to church they just get to stay home. When they want to stay home from school do you react the same way you did when they did not want to go to church? Most likely not. As pastor I will ask where is little so and so and they tell me they are at home in the bed they were not feeling church today. If you keep this up one day the are not going to feel you. Please remember,There will be no use at all for a secular education in heaven. So don't put all your eggs in that basket.

However, God does want them to be secular educated as well as Christian educated so he can use both of them to take them to all kinds of places to work for him in this world. Colossians 3: 22 Slaves, obey your earthly masters in everything; and do it, not only when their eye is on you and to curry their favor, but with sincerity of heart and reverence for the Lord. 23 Whatever you do, work at it with all your heart, as working for the Lord, not for human masters, 24 since you know that you will receive an inheritance from the Lord as a reward. It is the Lord Christ you are serving. 25 Anyone who does wrong will be repaid for their wrongs, and there is no favoritism.

The Apostle Paul was a tent maker by secular education but he used his vocation to speak about Jesus while they waited on for their tent. Acts 18: After this, Paul left Athens and went to Corinth. 2 There he met a Jew named Aquila, a native of Pontus, who had recently come from Italy with his wife Priscilla, because Claudius had ordered all Jews to leave Rome. Paul went to see them, 3 and because he was a tentmaker as they were, he stayed and worked with them. 4 Every Sabbath he reasoned in the synagogue, trying to persuade Jews and Greeks. I once worked for a fortune 500 hundred company and I noticed a strange thing going on. Christian sayings was all over the place. I later came to learn that the CEO of this corporation was a devote protestant Christian. He found every way he could to reach out for Jesus without being overly overt or just weird. Jesus said his word would never perish. He did not say that about secular education. So in closing, parents and guardians can the Lord Jesus depend on you going forward to see to it that the children that he has placed in your care receives as thorough a Christian education as possible? I pray the answer is yes.

I know this is hard to hear. But you know how much Jesus loves you and will never quit. It's really not about his love for you it's all about your love for him and the children he has placed in your care. Just turn 180 degrees out of phase and go the other way and all is forgiven and well. BOOM POW! It's just that easy.

Pastor Overall is the Pastor at Runner for Christ in Ecorse