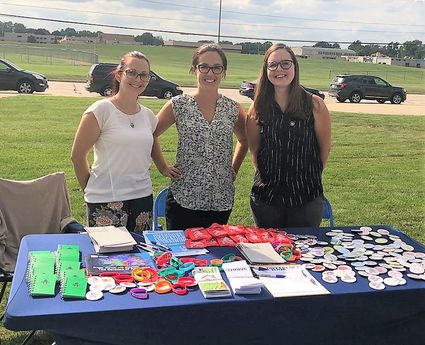 In Garden City last year, 46 percent of 7th graders believed that regular marijuana use posed little or no health risk. THRIVE, a division of the Garden City Community Coalition, cites this statistic to lend credibility to the suggestion that substance use increases as perception of the harm from use decreases.

The Garden City Community Coalition (GCCC) is motivated by various sectors within the community, including the city the police department, hospitals, schools, churches and local government. Its goal is to improve the quality of life for Garden City residents. THRIVE is one focus of the GCCC, which aims to inform the community about substance use and abuse, particularly among young people.

THRIVE is not a substance abuse treatment program, but rather, a source of information or referral for anyone struggling with substance use or abuse, along with their families. Garden City Community Resources Coordinator and THRIVE Coordinator Megan Sheeran explains, "We are a substance use and abuse prevention coalition. We have a group of community members that come together once a month and we talk about different issues that are going on in the community when it comes to substance abuse, healthy choices or youth."

Through community outreach, THRIVE educates residents on substance abuse prevention. In speaking of THRIVE's method, Sheeran adds, "A lot of it has to do with education and information distribution." In Garden City schools, students coordinate with THRIVE volunteers to promote drug use prevention and alcohol awareness campaigns. THRIVE volunteers also work to inform students on the dangers of nicotine use and health hazas brochures and posters, and training workshops.

On Friday, October 5, THRIVE will be hosting an Opioid Overdose, Education and Training event in conjunction with Detroit Wayne Mental Health Authority (DWMHA). GCCC Founder, Monica Fulton says when the city's fire department began seeing opioid overdoses on the increase in recent years, THRIVE began to inquire into the demographic data of the overdose victims. "I think the general idea in peoples' minds of the overdose person is like a strung-out drug addict on the street corner who's overdosing, and that's just not the case," says Fulton. "Getting the actual data and being able to talk about that this is a problem for mothers, for fathers, for aunts, uncles, grandparents...puts a different face on the problem and people then become more engaged in solving the problem."

The training event will be held in the Community Room of the Maplewood Community Center, located at 31735 Maplewood in Garden City. The workshop will run from 2 to 4 p.m. and is open to anyone age 12 or older, who is interested, not merely Garden City residents. The event is free, but registration is required. Contact Megan Sheeran at 734-793-1858 to register or obtain more details.

The organization's vision statement seeks a healthy and productive city where youth are able to thrive by living substance-free. To accomplish this goal, THRIVE partners with another of the GCCC's focus areas which seeks to promote a positive community. One event the GCCC supports and participates in is the city's Annual Santaland Parade. ." THRIVE and the GCCC actively seek out youth volunteers to participate in the Santaland Parade by assisting with planning and even putting on a costume and greeting kids during the parade. 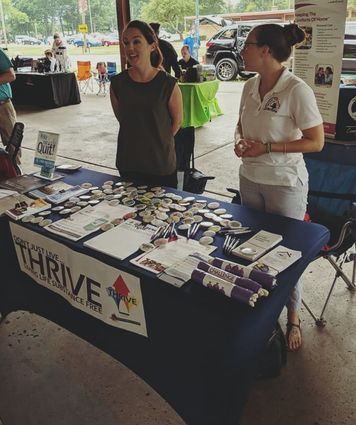 Fulton says, "What we are trying to do is get them invested in their community...if they are bonded with their community and invested, then they are not going to turn around and harm their community by breaking the law or vandalizing, or those kinds of things."

THRIVE's efforts at getting young people involved in heathy activities in the community appears to be working. Statistics from 2017 show a 33 percent decrease in alcohol use and a 73 percent decrease in tobacco use by 9th grade student over the previous two years. In addition, THRIVE also advocates for stricter policies on substance use and abuse and drug legislation at the local and national levels.

THRIVE welcomes volunteers and donations. THRIVE is a 501c (3) organization and donations are tax deductible. For more information contact the coalition at http://www.gccommunitycoalition.org or call 734-793-1868.