Fundraiser Event to be Held in Downtown Wayne 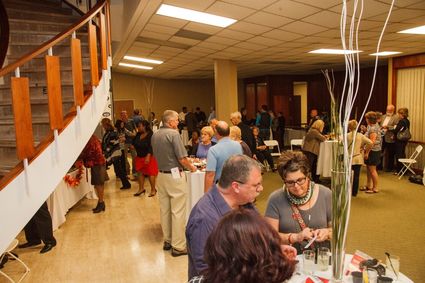 The organization Wayne Main Street recently announced details of its signature fundraiser, Toast Wayne. The event, previously known as Jazz on the Avenue, will be held on Thursday, October 4, from 7 to 10 p.m. The evening will feature live music, a complimentary bar, and appetizer stations hosted by local restaurants. Tickets for the event are $35 in advance, $40 at the door.

Local band Sugartips will be the evening's entertainment, playing favorites from 90s alternative rock to popular music from the 70s and 80s. The band, which formed in 2009, is an acoustic duo and a local favorite. Executive Director of Wayne Main Street, Maxwell Cameron says, "We are so excited to feature a local musical group at this year's event."

Local dining establishments will be highlighted at the event, displaying their culinary skill. Attendees at the event will be treated to appetizer fare from The Avenue American Bistro, Karma Coffee and Kitchen, and US-12 Bar and Grill, to name a few. Wayne Main Street's Organization Chair, Kaitlynn Riley, says the event had in previous years put the emphasis on the musical aspect of the fundraiser. This year, Riley says she wanted the focus to be on businesses in the city. She adds the event "brings the community together and highlights the best of Wayne."

Also to be part of the evening's festivities will be a silent auction, featuring such items as luxury hotel packages, tickets to the Michigan Opera Theater and Meadowbrook. All proceeds from the event will benefit Wayne Main Street as it pursues its goal of creating a vibrant downtown area in the city of Wayne.

Wayne Main Street was started in 2011by a group of Wayne residents interested in promoting the downtown region. In 2014, the organization was recognized by the Michigan Main Street Association, which assists communities with revitalizing and preserving their traditional commercial districts. Wayne Main Street promotes downtown Wayne as the heart of its community, furthers historic preservation, creates programs which draw people to downtown Wayne, and produces premiere events.

The adults only event will be held at the historic Standard Federal Building in Wayne. Riley says attendees at last year's event enjoyed getting a look at the historic building's modern architecture design. "We want outside community members to get interested in what our downtown has to offer," she added.

The Standard Federal Building is located at 35150 W. Michigan Avenue, just west of Wayne Road. Tickets can be purchased online at http://www.downtownwayne.org/toastwayne, or call 734-629-6882 for more information.