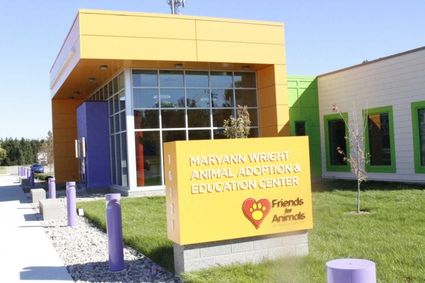 The Friends for Animals of Metro Detroit (FAMD), is pleased to announce their new adoption facility is now up and running. The Mary Ann Wright Animal Adoption and Education Center celebrated its dedication on September 18.

FAMD was formerly known as the Friends for the Dearborn Animal Shelter. The name was changed in 2016 to reflect the organization's influence beyond the city of Dearborn. The organization has been working diligently for more than 10 years to make the new adoption center a reality. Through fundraisers and personal donations, FAMD was able to raise the $5 million necessary to build the facility on land which had been donated by the city of Dearborn.

The center was named in honor of Mary Ann Wright, a former Ford Motor Company executive who adopted her pets at the Dearborn Animal Shelter. Wright was struck by the poor conditions of the shelter and made it her mission to do something about it. She became board chair of FAMD and headed up the effort to raise funds for a new shelter. Wright herself donated $1 million to the cause.

The new adoption center, which is located at 16121 Reckinger Road, spans 10,000 square feet. It boasts new and larger cages to hold the animals, separate areas for dogs and cats, laundry areas, kitchens, and plenty of room for employees and volunteers. In addition, eight get-acquainted rooms and an outdoor dog park are available for potential adopters to get to know an animal before making the big decision.

Colleen Robar handles public relations for FAMD, and says that about 1800 animals come through the center and are adopted out each year. The new center will make that task much easier, she adds.

Fundraising is still underway to raise another $3 million to renovate part of the old Amtrak train station next to the new adoption center. When that renovation is completed, the center will have its own treatment facility. The former animal shelter, located on Greenfield road, though small, is currently being used for that purpose. Animals there are evaluated when they are taken in, and receive necessary medical treatments. "We make sure every animal that leaves here is micro-chipped, neutered or spayed, and up to date on everything that they need, vaccination-wise," Robar says. 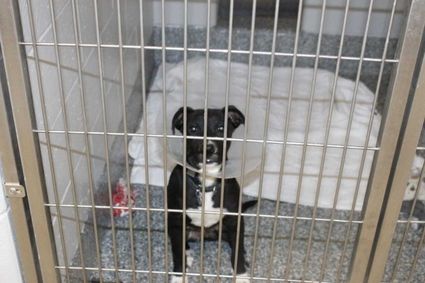 FAMD will be presenting its 18th Annual Black Tie & Tails Gala on Friday, October 26. The event is a fundraiser and registration will be open until Thursday, October 25 at noon.

Robar encourages the community to "continue to watch our website, to view all the adoptable animals." Adoption hours at the Mary Ann Wright Animal Adoption Center are Monday, Wednesday, and Friday from noon to 5 p.m .; Tuesday and Thursday from noon to 7 p.m. and Saturday from noon to 4 p.m. The center is closed on Sundays and holidays.

For more information about FAMD, the adoption center or the Black Tie & Tails Gala, visit the organization' website at http://www.metrodetroitanimals.org or call 313-943-2697.