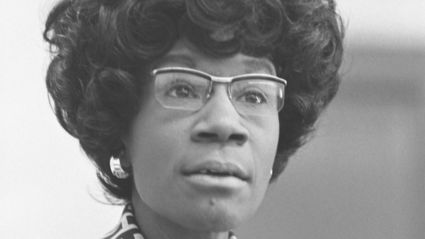 November 5th marked the historic 50th Anniversary of the first African American woman elected to the U.S. Congress, Rep. Shirley Chisholm. This important milestone marks a watershed moment in American politics for black women, to emerge and take their rightful seats at the table of elected Democratic leadership.

As the representative from the state of New York, Rep. Chisholm still serves as a trailblazer, inspiring a generation of women elected officials. Her career and that of many black women in Congress are intrinsically connected.

One of those women, is California Congresswoman Barbara Lee.

Rep. Chisholm's 1972 campaign, as the first Black person and first woman to ever run for the Democratic Party's presidential nomination, and first woman, major party candidate, galvanized young women all over the country. One such woman, a young college student attending Mills College, upon meeting the Congresswoman on the presidential campaign trial, immediately signed on to help organize the Chisholm for President Northern California primary campaign.

That student was Rep. Barbara Lee.

Although Rep. Chisholm faced tremendous obstacles getting on statewide ballots, she earned primary votes in 14 states, with her 2nd biggest win coming in the June 6 California primary, garnering 4.4% of the vote, and finishing fourth. At the end of the presidential primary, Rep. Chisholm produced 28 delegates that she took to the Miami Democratic Convention.

In her 1973 book, "The Good Fight," she explained: "I ran for the presidency, despite hopeless odds, to demonstrate the sheer will and refusal to accept the status quo."

Rep. Chisholm's run for the Presidency was one of many glass ceilings she would break.

It would be Rep. Barbara Lee's first time at a Democratic National Convention, this one in Miami, and as a Chisholm delegate.

Rep. Chisholm's June 1968 run for the U.S. Congress from New York's newly, court-ordered, and reorganized 12th congressional district, the Bedford-Stuyvesant area, represented a larger black population, and would automatically result in its first black member of Congress. With her campaign slogan, "Unbought and Unbossed," then New York State Delegate Chisholm held back two other black challengers, winning the Democratic primary to go on and win the General election, thereby becoming the first African American woman in Congress.

Once in Congress, and as a member of the House Agriculture Committee, Chisholm distinguished herself by working hard for the newly drawn district: expanding the food stamp program, helping to create the Special Supplemental Nutrition Program for Women, Infants and Children (WIC) Program, and working for federal funds for child care services.

Rep. Chisholm hired mostly women in her state assembly, district and congressional offices, because she felt she was discriminated against more as a woman than for being black. The 7-term lawmaker retired from Congress as the third highest-ranking member of the House Education and Labor Committee and was a co-founder of the Congressional Black Caucus.

As the Representative from the Bay Area, Congresswoman Lee is the first woman, and the first African American woman, to represent Northern California in the state House, and in Congress. She is a former Chairwoman of the Congressional Black Caucus.

While Shirley Chisholm's incredible journey has clearly provided a direction, wisdom, and INSPIRATION for the many women leaders to come after her, to date, there have only been 41 African American women to serve in the House, (including House delegates), and the Senate.

Today, there are 21 African American women serving in the U.S. Congress. There are fewer or none, to ever serve in statewide or local elective offices.

The 50th Anniversary of Rep. Chisholm's election offers our country a chance to renew our commitment to Black women, not only in elective office, but within the ranks of true political power. Black women will disregard the old, conventional ways of wielding power, and owe little to nothing to traditional institutional structures of power. In the last year, we have seen black women create the margin of difference in races in Alabama, Virginia, Florida, and Georgia.

It is no secret that black women are the most consistent, the most loyal base of Democratic voters.

Currently, Congresswoman Lee serves on the Budget Committee and the powerful Appropriations Committee, which oversees all federal government spending.

Currently, Congresswoman Lee serves on the Budget Committee and the powerful Appropriations Committee, which oversees all federal government spending.

Clearly, this has become paramount, and a political priority, that the Democratic Party, and its Congress reward and deliver on its promise of inclusiveness.

Rep. Chisholm had the foresight and saw this day coming. 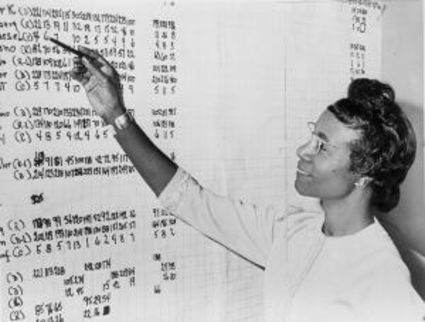 This year, the House Democratic leadership has the chance to not only talk about inclusion in the leadership ranks, but to show it. Rep. Barbara Lee has officially put her bid in to follow in Rep. Chisholm's footsteps and lead the Democratic Caucus, thereby becoming the highest ranking African American woman, ever, in Congress.

Although Rep. Chisholm tried – this has never been done.

If Rep. Lee succeeds, this ensures African American women are represented in the leadership in Congress and the legacy of Rep. Shirley Chisholm lives forever.

Co-Authors of For Colored Girls Who Have Considered Politics