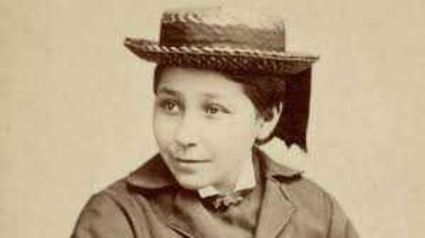 Life is not easy for anyone. Add gender and race to the barriers faced by most, and it becomes the fact that those who succeed in the face of such barriers become sources of inspiration for us all. Think of Mother Teresa, Ella Fitzgerald, or Oprah Winfrey. Add to that list Susan LaFlesche Picotte.

Susan LaFlesche was born on the Omaha Indian Reservation in the northeast Nebraska territory on June 17, 1865. According to History.com, LaFlesche was born to two mixed-race parents, who made an effort to walk the line between two cultures, the Omaha Indian life and the white man's way of life. Her father, Chief Joseph LaFlesche, known as "Iron Eye," foresaw that Native people would one day eventually live in the white man's world and encouraged assimilation. Education, LaFlesche told his Native followers, was the means to survival in the white man's world. For this reason, LaFlesche and his wife never gave their daughter, Susan a traditional Omaha name. In order that she know her heritage, they ensured she was taught the tribe's traditional language, songs, customs and beliefs. Yet they sent young Susan to the Presbyterian Mission School on the reservation, where she learned English and Christianity.

At age 14, she was sent to a girls' school in Elizabeth, New Jersey, and then spent time studying at Hampton Institute-now Hampton University-where she learned alongside other Native American youths and the children of former slaves.

According to Smithsonian.com, she then enrolled at the Women's Medical College of Pennsylvania, the first medical school in the nation established for women. Both the scientific community and society as a whole at the time frowned on the idea of higher education for women. LaFlesche overcame the sexist, Victorian ideals of the time and graduated in 1889 at the top of her class of 36 women. She had become the nation's first Native American woman doctor. She could heal the sick and bandage their wounds, but as a woman, she could not yet vote, and as an Indian, she was not considered a citizen under American law.

Following her graduation from medical school, LaFlesche was encouraged to remain on the East Coast and practice medicine there. Life would have been comfortable, but the 24-year old doctor was determined to go back home to her reservation and use her skills there. She had kept a distressing memory from her childhood with her. She recalled an elderly woman, ill and dying, when she was not yet 10 years old. A white doctor had been called to the reservation to help, but never arrived. The elderly woman died, and the message in young LaFlesche's mind was clear: it was only a sick Indian who died; it didn't matter. LaFlesche was determined to change that message.

According to History.com, LaFlesche became doctor to 1,244 patients, spread out over 1,350 square miles. Her workdays averaged 20 hours as she handled patients sick with tuberculosis, cholera, and influenza. She made house calls by buggy and many came to her office, located at a government boarding school. Author Joe Starita, who wrote a biography on LaFlesche, says "Those with no trust of white doctors flocked to Susan. The people trusted her because she spoke their language and knew their customs."

LaFlesche preached sanitary practices, along with the benefits of fresh air and sunshine. She spoke out against white whiskey peddlers who took advantage of the Indians, hanging around tribal lands and selling liquor, creating and even aggravating a health crisis of alcoholism among tribal members.

In 1894, she married Henry Picotte, a Sioux Indian from South Dakota. The couple had two sons. However, for most of his adult life, Picotte struggled with alcoholism. He died in 1905 after contracting tuberculosis, which was made worse by his alcoholism. 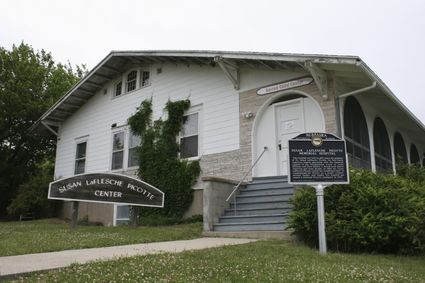 After 11 years of marriage, LaFlesche was now a widow with two young sons to raise. Smithsonian.com says LaFlesche eventually opened her own private practice in Bancroft, Nebraska, treating anyone in need of medical care, white or Indian. Her health began to fail as she approached age 50, yet she continued in her role, eventually soliciting enough donations to build a hospital in the reservation town of Walthill, Nebraska in 1913. The hospital was open to anyone, no matter age, gender, or skin color.

LaFlesche passed away on September 18, 1915. Her legacy was unknown until author Joe Starita released "A Warrior of the People: How Susan LaFlesche Overcame Racial and Gender Inequality to Become America's First Indian Doctor" in 2016(St. Martin's Press). A PBS documentary, "Medicine Woman" premiered the same month and can be found at http://www.pbs.org/program/medicine-woman.