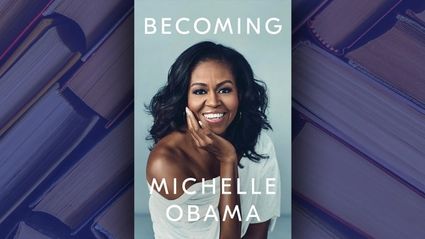 As the Nov. 13 release date fast approaches, it's become ever more obvious that former First Lady Michelle Obama's book tour is more than just another event.

In each city, beginning with Chicago – the first stop on the tour for her memoir, "Becoming, an Intimate Conversation with Michelle Obama," – a major celebrity has been chosen to moderate.

Talk show queen and television magnate Oprah Winfrey will fill that role at the United Center in Chicago, while the list of moderators for the book tour's events in cities around the country include Reese Witherspoon, Sarah Jessica Parker, Valerie Jarrett, poet Elizabeth Alexander, Phoebe Robinson, journalist Michele Norris, and Tracee Ellis Ross.

It's a far cry from just about any other book tour and signing events that are routinely held at bookstores and the only admission or signing requirement is that individuals purchase a book.

Obama's events are being held at concert arenas where as many as 20,000 people are expected, locations like the United Center in Chicago and the Barclays Center in Brooklyn, New York.

Tickets, which reportedly are running north of $1,000, are selling out fast.

However, a spokesperson for the event said they will ensure that individuals who don't have the ability to pay such high prices are able to get in.

"It is important to Mrs. Obama that her 'Becoming' tour events are accessible to as many people as possible," Live Nation officials said in a news release. The company announced that selected local and community organizations would receive free admission to stops on the tour. Thousands of tickets will be given away.

Additionally, 10 percent of ticket sales have been set aside for various organizations including, but not limited to, charities, schools, and community groups in each city the tour visits.

Already a pre-release best-seller, the publishers of "Becoming" said this about Obama and her new memoir:

In a life filled with meaning and accomplishment, Michelle Obama has emerged as one of the most iconic and compelling women of our era. As First Lady of the United States of America-the first African American to serve in that role-she helped create the most welcoming and inclusive White House in history, while also establishing herself as a powerful advocate for women and girls in the U.S. and around the world, dramatically changing the ways that families pursue healthier and more active lives, and standing with her husband as he led America through some of its most harrowing moments. Along the way, she showed us a few dance moves, crushed Carpool Karaoke, and raised two down-to-earth daughters under an unforgiving media glare. 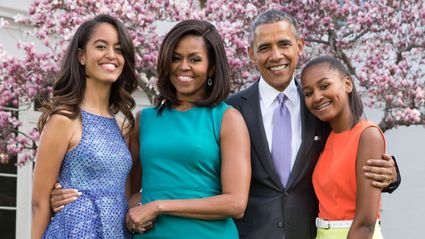 In her memoir, a work of deep reflection and mesmerizing storytelling, Michelle Obama invites readers into her world, chronicling the experiences that have shaped her-from her childhood on the South Side of Chicago to her years as an executive balancing the demands of motherhood and work, to her time spent at the world's most famous address. With unerring honesty and lively wit, she describes her triumphs and her disappointments, both public and private, telling her full story as she has lived it-in her own words and on her own terms. Warm, wise, and revelatory, Becoming is the deeply personal reckoning of a woman of soul and substance who has steadily defied expectations-and whose story inspires us to do the same.

Per Entertainment Weekly, on December 11, the tour will stop at Little Caesars Arena in Detroit, MI: Moderated by Phoebe Robinson