A Native to Know: Ira Hayes 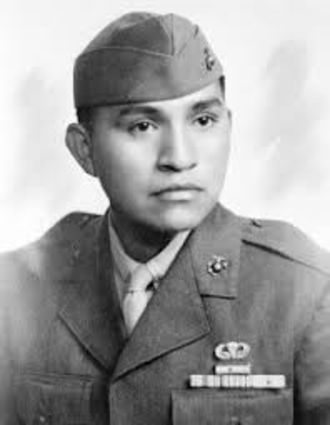 One of the most famous and iconic photographs in American history shows the American flag being raised on the island of Iwo Jima in February of 1945, in the Pacific theater during WW II.

The flag was raised by six U.S. Marines atop Mount Suribachi, five days after the Marines landed on Iwo Jima. The moment was captured by Associated Press photographer Joe Rosenthal and within days, the image was splashed across American newspapers.

Among the six men raising the flag was a man fighting for a nation which only one hundred years prior had attempted to snuff out the race to which he belonged.

That man was Ira Hayes. Born in 1923, Hayes was born in Sacaton, Arizona and raised on the Gila River Indian Reservation. His father was a WW I veteran and his mother was a Presbyterian Sunday School teacher who understood the value of education. The family were members of the Pima tribe. According to the Vintage News, Hayes was one of six children and was a quiet and intelligent child who enjoyed reading. His mother wanted her children to be educated in order to find the best out of life in the white man's world that they were a part of.

Hayes quit high school after two year and subsequently served in the Civilian Conservation Corps for two months, then worked as a carpenter.

The Arlington Cemetery website lists August 26, 1942 as the day Hayes enlisted in the U.S. Marine Corps Reserves. Following boot camp in San Diego, Hayes volunteered to be a paramarine, or Marine Paratrooper. He was assigned to Parachute Training School, graduating one month later as a qualified parachutist. He was promoted to private first class the next day. Hayes was then assigned to the 3rd Marine Parachute Battalion, with which he sailed for New Caledonia in March 1943. Hayes spent 11 months in the Pacific, serving in battles at Vella Lavella Island and Bougainville Islands as well.

Hayes returned to San Diego in February 1944. The parachute units were disbanded about the same time and Hayes was transferred to the 5th Marine Division at Camp Pendleton, California. Later that year, he was sent to Hawaii for further training, leaving there in January 1945 for Iwo Jima, along with 70,000 other Marines. He remained on Iwo Jima during the fighting, eventually joining five other Americans when they hoisted the flag on Mount Suribachi on February 23. The battle raged on for four more weeks,

however, with three of the men who joined Hayes in planting the flag being killed in the battle. American forces eventually gained the victory on March 25, 1945.

After the success at Iwo Jima, Hayes retuned to the U.S. By that time, Rosenthal's photograph had been embraced back home as the image of victory. In order to pay for the war, President Roosevelt relied on the sale of war bonds. Before his death in April 1945, he had requested the men who raised the flag on Iwo Jima in Rosenthal's photograph participate in a war bond drive. Hayes and the two other survivors were paraded on a tour of roughly three dozen American cities, promoting war bonds and meeting with politicians along the way. 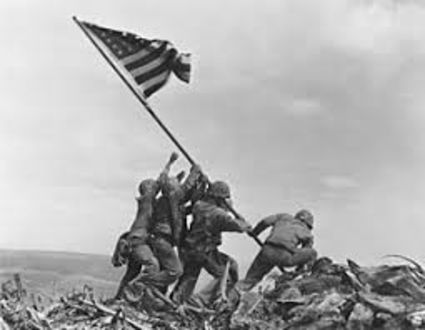 Hayes was honorably discharged from the U.S. Marines at Camp Pendleton on December 1, 1945, having attained the rank of corporal. While he had been awarded several military decorations and honors, Hayes was never able to find peace, feeling guilt at having survived the war when so many others had not. He was well-known and considered a hero, yet was unable to express the trauma he had been through.

He attempted to adjust to normal civilian life, but was never able to maintain a steady job. He found solace in alcohol and ended up in jail numerous times. On January 24, 1955, Hayes was found dead in the street where he lived in Sacaton, AZ. The Pinal County coroner ruled the death as alcohol poisoning. He was given a hero's funeral and is now laid to rest in Arlington National Cemetery.