The Moral Burden of Thanksgiving 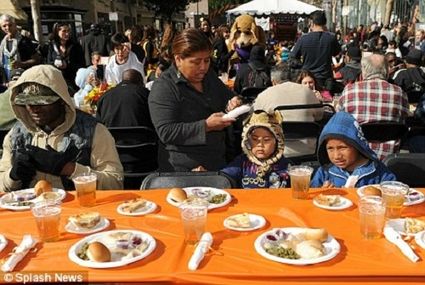 In the bloody summer of 1863, the Union Army defeated General Robert E. Lee's Confederate forces at Gettysburg, a three-day battle that changed the course of the Civil War and the long journey from slavery to freedom.

Three months later, in a profound gesture of gratitude, President Abraham Lincoln officially proclaimed the fourth Thursday of November to be a national holiday, a national day of thanksgiving.

The Union would hold. The people would be free.

"No human counsel hath devised nor hath any mortal hand worked out these great things," the proclamation read. "They are gracious gifts of the Most High God, who, while dealing with us in anger for our sins, hath nevertheless remembered mercy. It has seemed to me fit and proper that they should be solemnly, reverently and gratefully acknowledged as with one heart and one voice by the whole American People."

Poverty and hunger are enemies of the union. They are homegrown terrorists, traitors to the America we can and must become. They have no place in a nation as rich, powerful and fundamentally good as ours.

In the true spirit of Thanksgiving, this is a time not to focus on one big meal on one big day. This is a time to commit and work even harder to end poverty and hunger in this land of plenty.

We have much work to do. There are nine neighborhoods in Chicago – endangered communities – where poverty is at almost 20 percent and unemployment hovers around 40 percent.

That is a sin.

There are an estimated 13.1 million children – 1 in 6 – in the U.S. living in households where there is not enough to eat. Experts say that children who suffer from hunger in the first years of their education often lag behind their peers in school, a beginning that can haunt them for the rest of their lives. 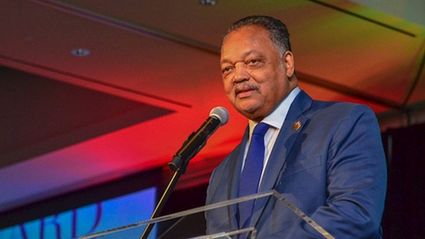 The moral burden of Thanksgiving is not to eat turkey but to feed justice.

Rainbow PUSH Coalition is a multi-racial, multi-issue, progressive, international organization that was formed in December 1996 by the Reverend Jesse L. Jackson, Sr. through merging of two organizations he founded Operation PUSH People United to Serve Humanity (estab. 1971) and the Rainbow Coalition (estab. 1984). With headquarters in Chicago and offices in Washington, D.C., Atlanta, Detroit, Houston, Los Angeles, New York and Oakland, the organization works to make the American Dream a reality for all citizens while advocating for peace and justice around the world. RPC is dedicated to improving the lives of all people by serving as a voice for the voiceless.