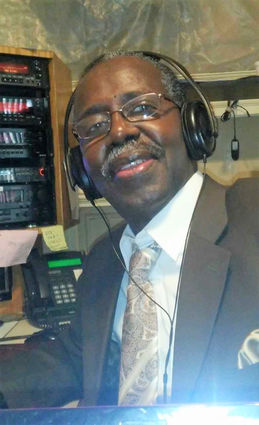 Rev. Willie Cooper at the radio station doing what he loves

Rev. Willie Cooper can recall as a child that his father would take him on a morning drive in the family car through Inkster. As they traveled through what was then countryside, Cooper remembers looking out the window of the car when his father pointed out the building which housed radio station WCHB, which was at the time the Detroit area's first radio stations directed at an African-American audience. Cooper remembers telling himself as a child, "I'm going to work there one day."

His childhood dream of working in radio did not materialize overnight. In fact, it was nearly twenty years before Cooper walked through the doors of WCHB.

A lifelong resident of Inkster, Cooper was the youngest of four children. As a youth, Cooper was ambitious and held jobs shining shoes in a local barber ship and as a paper boy. In the late 1960s he graduated from Inkster High School and promptly went to work in one of the Detroit area's auto plants. But Cooper's passion was not in factory work. He enjoyed music and had played clarinet as a youngster. Cooper came of age during the golden era of Motown, and was fascinated by the stars that grew up locally and later appeared on television and radio as successful music acts. Cooper still harbored a yearning inside to be a part of it all, but through the medium of radio. He decided to take some classes at RETS Electronics School in Detroit. It was here during class time, that Cooper says he heard an audible voice telling him, "You're going to preach my Word." He was startled and perplexed, but later told his family that he had been called by God to preach. Of the voice he heard, Cooper says, "It was clear as a bell."

Following an early failed marriage, Cooper left the auto plant and joined the U.S. Army in 1981. He served 3 years, receiving training in communications. Following his discharge from the army, Cooper enlisted in classes at Henry Ford and Wayne County Community Colleges. An internship was required to complete his course of study in Communications. "That was my chance to go out to WCHB," he says. He was enthusiastic and made good grades in college so the radio station took him on as an intern. He eventually was made part of the broadcast staff and the station allowed him to host a gospel music show. It appeared to Cooper that what the voice had told him was coming to pass. "Read your scripture," he says. "It always says that He calls you, and then He'll send you."

Cooper left WCHB in 1990 amid new owners and a format change. He spent a year in California working but could not shake the feeling that God had something for him back home in Michigan.

He returned home to Inkster and went back to WCHB, now known as WMKM, and was able to get his old job back. Sensing that the Lord was not finished with him yet, Cooper went to the pastor of First Missionary Baptist Church in Inkster and relayed his experience of having heard the voice when he was younger. That pastor, Dr. Goode, confirmed that Cooper had indeed been called by the Lord and received him into the congregation. He took ministry classes at the Detroit extension of Tennessee School of Religion, preparing for the work he believed he had been called to do. 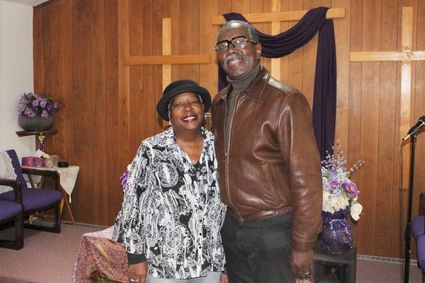 Rev. Willie Cooper and his wife, Barbara at their church in Inkster, Heavenly Harvest Baptist Church

While attending at First Missionary Baptist, Cooper reconnected with a lady he knew growing up. He wanted a companion, but not just anyone. "I wanted to meet someone that really knew me, and knew my history, "he says. "We got married and she came into radio with me. So we both have been together and also on the air since 2000." Together, Rev. Willie and his wife, Barbara Cooper, host "The Gospel Experience" each Sunday afternoon at 5 p.m. on WMKM 1440 AM. The show is a mix of jazzy and gospel sounds intermixed with inspirational talk. Cooper also serves as pastor at Heavenly Harvest Baptist Church in Inkster.

In total, Cooper's radio experience spans 35 years. He hopes that through his gospel music ministry he is able to draw people to Christ. "I hope people would hear the Word and let it be a part of their life, and let God use them," he says. He also says, "We need more doers than listeners of the Word; a lot of people listen, but they don't do nothing."

How does Rev. Cooper feel about what the Lord has done with his life? "It gives me peace with God knowing I'm doing the best I can to be the servant that He's called me to be."