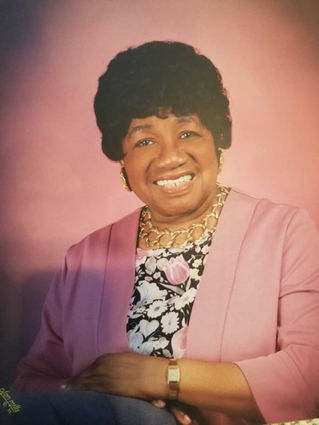 Helen was born and raised in Detroit, Michigan at 7845 Russell St. She has 100 Grandchildren, family and friends from the neighborhood.

Helen says that what she want readers of the Telegram to know that she loves people. She most always never meet strangers. She loves to talk on the telephone, can say her ABC's backwards and she loves to listen to records and she have a great collection.

She watches Steve Harvey everyday and if he were single..... He would be her third husband.

Her employment included working for Detroit Coil for over 25 years.

She has been married twice however both of her husbands passed away; Jimmy Thomas and Capers Fairnot. The good Lord took them both away.

The motto she lives by is, "It is important to treat people the way you want to be treated.

When asked who inspires you, Helen says that her mother inspired her the most. She believed in working and saving her money. So I learned good work habits and I didn't spend all my money. 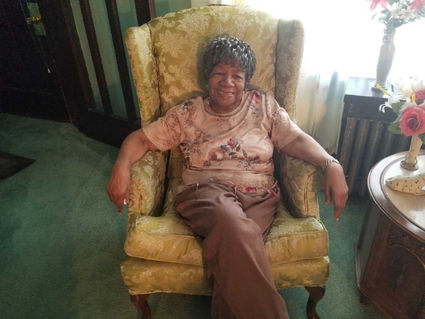 The things she remembered most about growing up in Detroit was, when she was a teenager, she loved going to the store and doing chores for neighbors because they would give her a little change and she would put her change in a jar. She had a knack for saving money.

Her best childhood and life- time friends were two sisters, Hazel Holley and Clora Holley. They remained friends until they died.

Happy Birthday to Ms.Fairnot whose birthday is on December 25th.