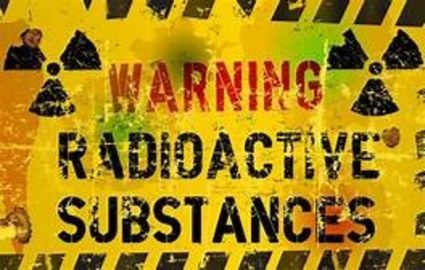 Hamtramck, MI - This Thursday morning at 11 am, leaders will gather, at the Piast Institute in Hamtramck, to speak out against legislation that would allow for the increased dumping of fracking waste (specifically Tenorm) in Michigan. Reverend David Alexander Bullock of the Change Agent Consortium is calling on Governor Snyder to veto these bills. Reverend Bullock advises, "In the wake of the Flint water crisis, Governor Rick Snyder has the opportunity to get it right before he leaves office. I'm sure we all have learned from the past that being proactive is more politically expedient than waiting for a crisis to develop because we failed to act. The governor should simply kill these bills."

"While other states are banning fracking, Michigan Lame Duck legislators are telling the Radioactive Waste Industry to dump it here, this bill opens up the flood gates for the dumping of very dangerous chemicals in Michigan, putting our fresh water supply at risk", warned State Representative Isaac Robinson (District 4 Detroit and Hamtrmack). Robinson is asking supporters of the bills, "Why should we be the dumping ground for radioactive waste from Ohio, Pennsylvania and other states?"

Imad Hamad, Executive Director of the American Human Rights Council, states, "Access to clean drinking water is a human right. With 20% of the world's fresh water supply in Michigan, it is unthinkable that our legislature would pass laws allowing for the greater dumping of Tenorm in Michigan. We have a moral obligation to defeat Senate Bills 1195 and 1196 to protect all the people of Michigan."

The meeting will begin with a press conference lead by Reverend David Alexander Bullock of the Change Agent Consortium, Imad Hamad of the American Human Rights Council, State Rep Isaac Robinson and a coalition of local leaders.

Leaders will gather at the PIAST INSTITUTE located at 11633 Jos. Campau in Hamtramck at 11 am this Thursday, December 27th for the press conference and community discussion.

"With Governor Snyder's input hotline shutdown, we are going to Twitter and Facebook to challenge him to Protect Michigan's Water," says State Representative Isaac Robinson

"While other states like New York, Vermont and New Jersey have banned or limited the dumping of Tenorm and fracking waste, Michigan Senate Bill 1196 would open the flood gates for Michigan to become the dumping ground for the worst chemicals known to mankind. With the right information, I am optimistic Governor Snyder will veto these bills."

Robinson adds, "Senate bills 1195 and 1196 will allow for up to a ten-fold increase in the dumping of out of state radioactive waste here in Michigan. It is terribly disappointing the US Ecology Corporation has been able to cozy up to our elected officials and have had free reign to re-write our laws putting us all at risk. I don't see the public policy benefits for Michigan in this legislation." 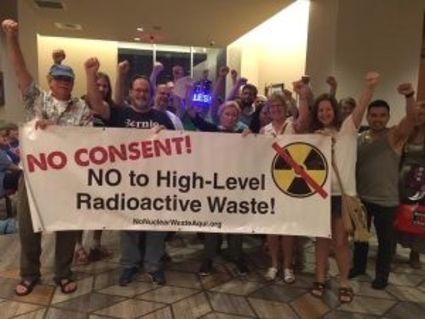 What: Press Conference and Protest Against the Dumping of Out of State Radioactive Waste and Lame Duck Senate Bills 1195 and 1196 and the initial meeting of the House District 4 Detroit/Hamtramck Defend our Water Coalition convened by State Rep Elect Isaac Robinson

Why: A string of dangerous environmental bills attacking our water including Senate Bills 1195 and 1196 have been presented to Governor Rick Snyder who has until December 31, 2018 to sign or veto them. With the Governor's hotline down, the community wants to make their voice heard