A Lot Accomplished in a Very Short Amount of Time 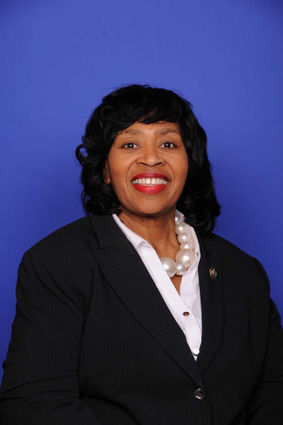 On November 29, 2018, I was sworn-in as the 18th person to represent the constituents in Michigan's 13th Congressional District and complete the term vacated by John Conyers, Jr. Residents in the District had not been represented in our nation's Capital for almost one year (359 days to be exact) due to former Michigan Governor Rick Snyder's decision to avoid a special election.

In addition, many Detroit residents, business, spiritual, labor and community leaders were concerned the term would only last for a little more than one month. Therefore, they implored me to retain my position as President of the Detroit City Council as well. Although some expressed concerns regarding my dual roles, I persevered and was seated after the election results were officially certified by the State of Michigan.

Special thanks to Representatives Brenda Lawrence (D-MI), Cedric Richmond (D-LA), Sheila Jackson Lee (D-TX) and the entire Congressional Black Caucus as well as Representative Brad Sherman (D-CA) and the Counsel, Committee on Ethics for their efforts to resolve the issue along with the City of Detroit Corporation Counsel Lawrence Garcia whose legal opinion provided the basis for my historic appointment.

Thirty-five days (just five weeks) – there was much to learn and do, in a short amount of time. Since my partial-term completed the remaining time of the 115th Congress, I quickly hired experienced staff, met colleagues, engaged constituents and managed the resources of the main and two district offices.

Calling on my legislative experience, I introduced two bills to address housing issues (The SHELTER Act) and ensure minimum wage protections (The Minimum Wage Fairness Act) remain in place. Both bills were co-sponsored by my dear friend and colleague, The Honorable Brenda Lawrence, who represents constituents in the adjacent 14th District. Since, we have worked together on many local projects, we carried that same spirit of civility and collaboration to the federal level.

The SHELTER Act would allow tax breaks for big oil companies to invest in housing for low-income communities. The funds would be placed into a National Housing Trust Fund to assist low-income residents and rehab environmentally unsafe dwellings. It would ensure that cities like Highland Park, where testing revealed elevated lead levels in children, would get help. It would also correct the income comparable used by HUD to calculate rent amounts for affordable housing. This is a problem in Detroit because cities like Livonia are included in the formula used to determine the Area Median Income (AMI), which unfairly affects affordable housing unit costs in the city.

My Minimum Wage Fairness Act would cut the amount of indirect grant funding to states that reduce minimum wage levels. We experienced this in Michigan, during last year's lame-duck session, when GOP legislators overruled voters' clear support for an increase in the state's minimum wage. My bill would serve as a watchdog to encourage states to help those hard-working residents who are struggling to make ends meet.

During my brief tenure, much was accomplished. I voted 77 times and co-sponsored several pieces of legislation introduced by other members of Congress, including H.R. 676 (Medicare for All) and H.R. 5609 (The WATER Act), both introduced by Conyers and inherited by Detroit-native and soon to be Minnesota Attorney General, The Honorable Keith Ellison. Other actions included supporting The Honorable Sheila Jackson Lee's bill to create a national heritage trail that honors our ancestors' fight to become free from slavery and I became the 182nd co-sponsor of a discharge petition to support President Obama's Net Neutrality regulation, protecting access and preventing discrimination on the internet.

Along with my colleagues in the Michigan delegation, I participated in a congressional discussion with GM President Mary Barra, sharing concerns about GM's decision to close several local area manufacturing plants. The Michigan Congressional delegation also met with Governor-elect Gretchen Whitmer to discuss what is needed to take our state to the next level.

During my travels throughout the District, many residents, business people and elected officials were passionate about "improving the quality of life within their zip code," which became the mantra during my campaign for the seat. I attended City Council meetings in Highland Park, Inkster and Garden City and participated in the Conference of Western Wayne with leaders from those cities as well as Dearborn Heights, Romulus, Wayne, Westland and Redford Township.

Seniors, veterans and youth have always held a special place in my heart. I was honored to attend a senior luncheon in Westland where constituents appreciated the opportunity to talk face-to-face with me – THEIR congressional representative. I facilitated Congressional Black Caucus scholarship award checks to local recipients and nominated promising 13th District students to West Point and the Naval Academy. Moreover, my office serviced numerous constituent cases, including IRS issues, the cleanliness and safety of senior housing facilities, tourist visas and other general concerns. Whether hosting a coffee hour in Midtown or attending other 13th District social events, these interactions with constituents provided opportunities to be a hands-on and accessible elected official.

For the 115th Congress, my last vote has been cast. I am disappointed in the decision by President Trump and the outgoing majority Republican Party members of the House who have forced a government shutdown to finance the President's wall. While I support safe, secure borders, in my District there are many people who desire a pathway to citizenship. We must also protect the human rights of children who are forced into immigration courts as young as two years old without legal representation. This is not what "makes America great." I will always work to represent ALL the people I serve. Returning to my post as Detroit City Council President, I will continue to fight for the rights and quality of life of all Americans.

I have worked to accomplish as much as I could in a very short period of time in an effort to serve you to the best of my abilities. I would like to thank the people of the 13th District and all my supporters for your trust and confidence in my ability to serve