Congresswoman RashidaTlaib: We Must Put a Human Face on Gov't Shutdown and End it Now 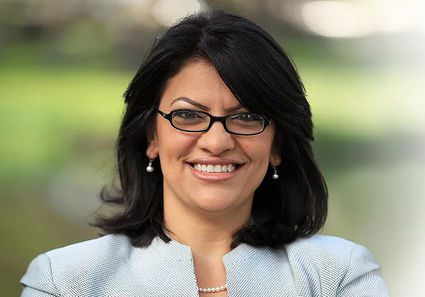 DETROIT – On Tuesday, Congresswoman Rashida Tlaib was joined by community members and advocates to talk about the impact of the ongoing government on the 13th Congressional District, Michigan, and the country. The event comes as the shutdown enters its third week, making it one of the longest shutdowns on record.

"I wanted to host this press conference so that we can put a human face to those impacted," said Congresswoman Tlaib. "There are countless people in this state who are impacted by this government shutdown. Numbers are one thing, but it is important for all of us to hear what this means for the day-to-day lives of those in the 13th Congressional District and across this country."

After joining colleagues in the House of Representatives to vote to send bills that would re-open the government to the United State Senate, Congresswoman Rashida Tlaib returned to the district to hear from constituents on how they have been impacted. Hundreds of thousands of federal workers, more than 5,000 in Michigan, are either working without pay or being forced to stay home and go without a paycheck.

"Like many of my fellow federal employees, we depend on our paycheck to provide shelter, heat, electricity, water, and food. All of those things are in flux for me as I wait for a paycheck," said Hodari Brown, a Redford resident who is also a federal worker and resident. "Federal employees like myself and the families that depend on us and government programs cannot afford political games. We need action and we need leadership."

The press event highlighted the various ways the shutdown is impeding the lives of many. Not only are federal workers impacted, but also many organizations that depend on funding from many of the programs that were not funded after the shutdown began in late December.

"At LA VIDA, we provide many services to survivors of domestic, sexual, and intimate violence," said Jessie Urban, youth and legal program manager for LA VIDA. "Our programs rely on funding from the Violence Against Women Act. Because of the shutdown, the Act was not extended by Congress and expired when the shutdown occurred. This means that LA VIDA does not know where our funding will come from or when it will come."

Jack Schulz, a local attorney, also talked about an aspect that has not been mentioned much around the shutdown.

"My client is a Michigan resident and is involved in a discrimination claim against employees within a federal agency she worked for," said Schulz. "Because of the actions of the administration, my client and their case has been delayed time after time. Two of those delays were caused by government shutdowns which left the Department of Justice unable to take actions in the case. Those in our government are supposed to work on our behalf. In order to do so, we need our elected federal officials to show leadership and re-open the government."

Currently, people across the country and waiting for the U.S. Senate and President Donald Trump to take action to re-open the government. Congresswoman Tlaib called on them to end the harm and work on behalf of the people.

"We need the President to signal that he will sign the bills the House passed," Tlaib continued. "Mitch McConnell and Republicans in the Senate need to show leadership and send those bills to the President. We've done our job, it's time for them to do theirs. Make no question, this shutdown is because of Trump. He owns it and he needs to end it now."