Efforts to Battle the Opioid Crisis Come to Downriver 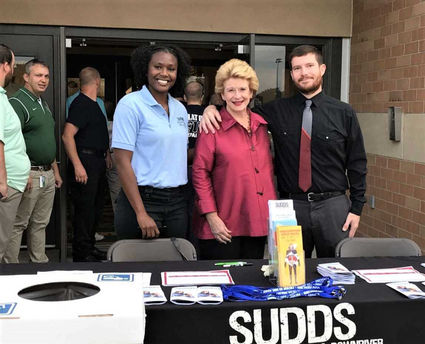 Anthony Harrison became an eyewitness to how easy it is to succumb to addiction when a friend suffered a knee injury. The friend was an athlete, and following a necessary surgery, was prescribed opioid pain killers. Harrison watched as his friend began to abuse the prescribed medication. In a downward spiral, Harrison's friend became dependent on the pain pills, eventually transitioning to heroin, due to its ease of accessibility. Harrison's friend eventually overdosed on heroin and lost his life. "He was prescribed it by a doctor, it was a legitimate thing," Harrison says. "He hurt himself, he needed that pain killer, and then he progressed to heroin."

The experience spurred Harrison to dedicate his professional career to educating young people on the dangers of substance use and abuse. Harrison is now a Field Supervisor with The Guidance Center. The Guidance Center has been at the forefront of serving the needs of downriver and southeast Michigan residents for more than 60 years. The organization provides services to adults and children, including healthcare, behavioral health, substance abuse, and developmental disability support and treatment.

Currently, the center is working to bring awareness of the opioid crisis, particularly in downriver communities. According to a recent health study done for the Michigan Department of Licensing and Regulatory Affairs, five of the 10 Michigan cities with the highest death rates from drug overdoses in 2015 were cities in the downriver area: Lincoln Park, Taylor, Romulus, Wyandotte, and Southgate. The statistics include all drug overdoses, not just opioid drugs. In addition, hospitalizations due to opioid overdoses increased 143 percent between 2000 and 2015, according to the Michigan Department of Health and Human Services (MDHSS). "It's devastating. It's absolutely devastating," says Laura Huot, CEO of the Guidance Center and a native of downriver. Huot adds that once an individual has been prescribed an opioid pain killer by a physician, it can take as few as five days of use to become addicted.

Mary Griffiths is Director of Psychiatric Services at The Guidance Center. She says that almost 20 years ago, there was a big push in the nation on preventing and treating pain. The result was the development of opioid pain killers. A few of these are known as Vicodin, OxyContin, Codeine, and Percocet. Though there existed little research on these drugs and their addictive qualities, pharmaceutical companies

promoted them as safe and effective. The lack of knowledge led to overprescribing by doctors who genuinely wanted to address their patients' pain needs. Only later did it become evident just how harmful these drugs can become. "I think that's a part of the history that's gotten us to where we are today," says Griffiths.

Americans are living longer these days and that can mean more surgical procedures such as hip and joint replacements, cardiac procedures, and cancer surgeries. Chronic pain due to osteoarthritis, trauma, or nerve damage is very real to many over the age of 50. Many doctors and hospitals prescribe opioid pain pills for these conditions, which can unintentionally lead to addiction.

So what's the solution? Harrison, Huot and Griffiths say knowledge is the key. Huot says people ought to know the signs of addiction and know what to do and look for is someone they know has been prescribed opioids. She says the more people educate themselves, the better prepared they'll be if it happens to them or someone they know.

Huot adds that in conjunction with the Detroit Wayne Mental Health Authority (DWMHA), The Guidance Center has provided medication drop off boxes at most police departments in the downriver area. This provides a convenient way to dispose of opioid drugs, or any drugs, before they fall into the wrong hands. 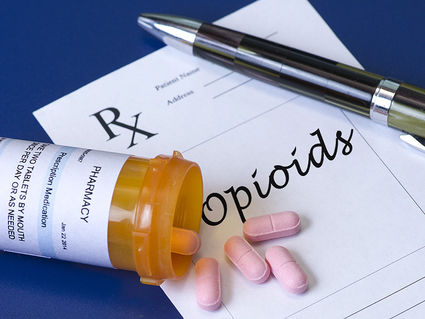 Harrison works with the SUDDs Coalition, which aims to educate young people and parents on the dangers of underage drinking and substance use. SUDDs stands for Stop Underage Drinking/Drugs Downriver, and is part of The Guidance Center's Children's and Youth Services Programs. Harrison says SUDDs is always looking for new members and is open to anyone in the community.

The Guidance Center also encourages residents to take advantage of free training on how to use Narcan, also called Naloxone, a substance approved by the FDA to reverse an opioid overdose. While first responders are trained in how to use Narcan, they are not always at the scene when an overdose is happening. Narcan training is an education-based initiative backed by DWMHA, which trains ordinary people in administering Naloxone, a nasal spray, to reverse an overdose. Trainees receive a kit which they know how to use should they ever encounter someone in distress suspected of overdosing. Harrison says, "If we have more people who have Naloxone in the community, the more overdoses we can prevent."