Detroit Caucus members speak out in support of GM workers 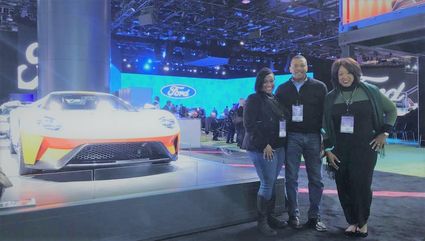 DETROIT - Members of the Detroit Caucus attended the opening press conference yesterday for the 2019 North American Auto Show, celebrating the technological partnerships that have allowed Michigan to flourish as an auto maker and innovator. While praising the landmark event, Caucus members also voiced their support for the workers who built the industry, and the families impacted by proposed GM cuts. In response, state Rep. Sherry Gay-Dagnogo (D-Detroit), chair of the Detroit Caucus, issued the following statement:

"Michigan is the birthplace of the automobile, and the auto show is a celebration of that rich history, and what it's meant to our economy and to our identity as a state and people. It reminds us of the importance not only of ensuring Michigan is an inviting place to do business of this magnitude, but the massive benefits that can be reaped when we're home to these incubators of growth.

"But we're also the home of the modern workers' rights movements, with the determination and grit of our auto union workers paving the way for others across the state and nation to demand the right to earn a strong paycheck to support their families. That right is in jeopardy now for the families impacted by these proposed cuts. The auto show is proof that companies like GM suffer from no lack of creativity when it comes to problem solving - and my fellow Caucus members and I will continue to pressure them to put that great talent to use to protect Michigan jobs and families."