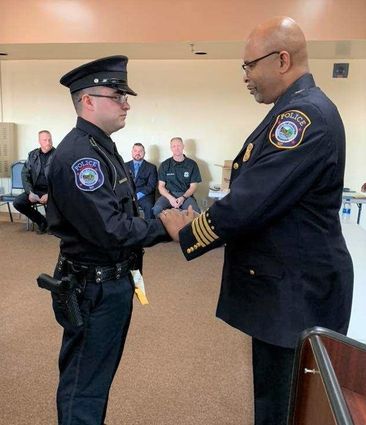 In the city of Inkster, the rallying cry is "all hands on deck!" For decades the city had gotten a bad rap, and was often perceived as a place full of crime and poverty. Then, in 2015, came the beating of motorist Floyd Dent by Inkster police officers following a traffic stop. The incident was caught on police dash camera and tarnished the Inkster Police Department's image. The city's current police chief, William T. Riley is doing his part to turn that image around.

Riley arrived in Inkster in 2015 from Selma, Alabama, and immediately set to work at repairing the fractured relationship between the department and the residents of Inkster. He reorganized the department, adding more officers to patrol the streets of the city. Riley also reached out to the community: religious leaders, businesses, and organizations. With their assistance, Riley instituted the strategy of community policing, which emphasizes building ties between the police department and the community. The efforts have paid off; overall crime has fallen by 24 percent over the past three years.

"We are a community policing agency. We believe in it; we practice it, "he says.

The community policing projects and programs Riley began early in his tenure in Inkster are up and running and 2018 saw those efforts flourish. Riley credits Officer Andrea Lebo with those successes. Lebo is in charge of the department's community relations efforts.

Movie Night with the Cops returned for another successful year in 2018. The monthly outdoor event has been embraced by residents. "The kids love it, the parents love, and our people love it," says Riley. Family-friendly films are shown in the department's parking lot and thanks to community volunteers, are accompanied by food and raffle giveaways. Riley says Rev. Ellis Clifton of St. Clements Episcopal Church has stepped up to ensure hot dogs are available at every Movie Night, a godsend for working parents. A donated popcorn machine makes the evening complete. Movie Night with the Cops will return in 2019.

In 2018, the Inkster Police Department participated in National Night Out on August 7. The event is held annually throughout the nation with the goal of fostering the relationship between community members and law enforcement. The free event featured food, games, karaoke, entertainment, and information booths by local organizations. Riley says the department plans to host the event again this year.

In September, the department found another opportunity to engage with residents at the Inaugural Fuel Injected Car-Nival Classic Car and Motorcycle Show. The event was a success due to community volunteers and classic car enthusiasts. "The police department can do a lot of positive things when they have people working with them," says Riley. The classic car show will return this year.

Late in 2018, the department welcomed seven graduates of the Inkster Police Auxiliary Academy. The candidates participated in community policing and made appearances at many of the events held in the city. They will continue to work alongside certified officers. Riley says auxiliary offers frequently continue on to police academy to become certified police officers, but cost can be a barrier. In a gesture which began in 2016, community leaders and local businesses are stepping up to sponsor candidates to the academy, relieving the expense. One such candidate was sponsored in 2018 and Midwest Recycling has made the offer to sponsor another lucky candidate in 2019.

The department plans to debut an Explorers Program in 2019, aimed at young men and women interested in a career in law enforcement. Riley says Lebo has already got the ball rolling by meeting with interested youth and their parents. More information on the program will be forthcoming.

The department's Citizens Police Academy will continue in 2019 as well. The program educates residents on the work of police officers, helping them to understand why and how the police do what they do. In 2018, eight residents completed the program. 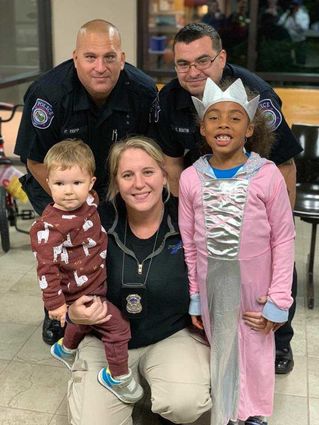 Riley looks forward to the new year and the opportunities on the horizon. He plans a concerted effort to rebrand both the Inkster Police Department and the city, changing its negative reputation. He says the department has its problems, but is steadily improving. "We don't have that negative stuff going on like we used to have, "he says. He encourages residents to take pride in their city and police officers, and the accomplishments thus far. "People will define you because of a negative," he adds. "If you don't push back, you'll let them keep you in that box."

He also encourages residents to be active as eyes and ears of the community. Residents can contact the department anonymously if they see something suspicious. Riley wants the residents to reach out. "That's part of the whole idea of community policing-people having access to you," he says.

It's a tough job, but Riley relishes it. "I love working for the city of Inkster," he says. "I really do." The police department can be reached at 313-563-9850 or at http://www.cityofinkster.com/directory. Chief Riley can be reached at [email protected]