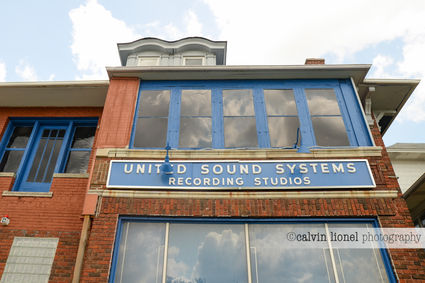 - MDOT has purchased the United Sound Studio and adjacent parking lot for $1.7 million.

- The purchase was made in advance of the I-94 modernization project and subsequent replacement of the Second Avenue bridge over I-94.

- MDOT will relocate the structure to the adjacent parking lot to preserve the facility and retain its historical designation.

On Dec. 14, 2018, the Michigan Department of Transportation (MDOT) became the owner of the United Sound Studio located at 5840 Second Ave. in Detroit. The purchase includes the adjacent parking lot along with the recording/engineering equipment. The final negotiated price was $1.7 million. The United Sound Studio was listed for sale in June 2018, and the funding for the purchase came from the project's dedicated right-of-way funds. After relocation, MDOT will work within federal and state guidelines to sell the studio.

The decision to purchase the studio was made to preserve its history and to protect the structure from future construction impacts. The I-94 modernization project involves rebuilding the freeway to current design standards, replacing 67 bridges, and adding an additional through-lane in each direction between Conner Street and I-96. The physical structure will be relocated to the adjacent parking lot, increasing the distance from the proposed retaining walls that will be constructed in conjunction with the modernization project. The move will allow the studio to remain in its historical district designated by the Detroit City Council in 2015.

Prior to the purchase, MDOT studied several avoidance options to move the proposed I-94 construction away from the studio. Options included narrowing the freeway lanes and shoulders and shifting the freeway south in the vicinity of Second Avenue. The results of these options resulted in either additional impacts or not fully protecting the studio from construction impacts. The current project environmental study is governed by federal laws that require MDOT to investigate means of avoiding or mitigating impacts on historical structures. In consultation with the State Historic Preservation Office (SHPO), moving the building onto current United Sound Studio property is a viable way to preserve its history. The building is eligible for inclusion in the National Register of Historic Places as Detroit's first major independent recording studio.