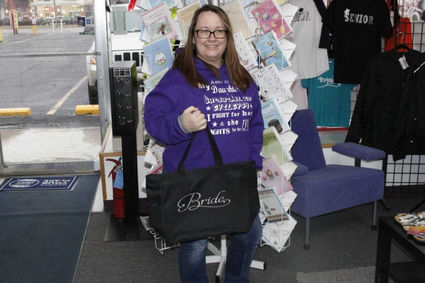 There's a quote which says, "Choose a job you love and you will never have to work a day in your life."

Perhaps that's what Shelley Baske was thinking when she began making and selling embroidered clothing items from her basement a couple years ago. The items she made included embroidered sweatshirts, hats, bags, and even some custom-designed items. Baske had learned to sew as a child at age 9, and she is apparently pretty good at it. Demand for her attractively embellished garments eventually outgrew her basement workshop.

Baske is now the owner of Moody Teez, a custom-made apparel and gift shop, which celebrated its one-year anniversary earlier this month. Moody Teez has grown from a small display space in a friend's established jewelry and accessory shop, to a small shop of her own in Garden City, to a larger store, now located in Westland. Baske runs the business with the assistance of family and her life partner, Paul McRae.

What makes Moody Tees so successful? "I attribute it to a lot of different people helping me grow," says Baske. She says that when her store was located in Garden City, she was a member of the Garden City Business Alliance (GCBA), an organization which enables Garden City businesses to support one another. Baske credits their support and the contacts she made within the organization with helping to get the word out about her unique shop. "There are so many great people in this city, in this area. The word of mouth has been amazing," she adds.

Moody Teez made the move to Westland last October, when, once again, Baske found she was outgrowing her surroundings. As one who enjoys people, especially children, Baske wanted a location which would provide an area for customers to host parties and create their own apparel items. Called Tee-Parties, the events have become popular as children's birthday parties, family reunions, even bridal showers. Each guest can create a T-shirt of their own, which is ready to go by the time the party is over.

But t-shirts are not all there is to buy or design at Moody Teez. An accomplished seamstress, Baske has handmade items on display in the store, along with canvas bags, ball caps, aprons, sweats, and key chains. The store offers embroidery and vinyl transfers, including photos, but not screen printing, because, as Baske says, "I want to stick with what I know, what I'm good at." Doing what she knows also ensures the customer a quality product. To have an item decorated with a vinyl transfer takes only minutes.

Baske says a lot of people come in not knowing exactly what they want and she is usually able to get them talking about their interests, or if it's a gift they need, the recipient's hobby or interest. She is often able to create something while the customer waits. Her greatest satisfaction is a satisfied customer. "I'm excited to see people's faces when their work is on their shirt and they love it," she adds.

What makes Moody Teez unique is that there is no minimum order, no set up fees, and no artwork fees. If all a customer wants is one t-shirt with a particular design, no problem, says Baske. "We're very affordable," she says, adding that she does not want to burden the customer with fees that some other custom apparel shops charge.

The ease of finding just what one wants at Moody Teez brings customers back, she says. Moody Teez carries sizes from newborn to 6XL. Gift certificates are also available. 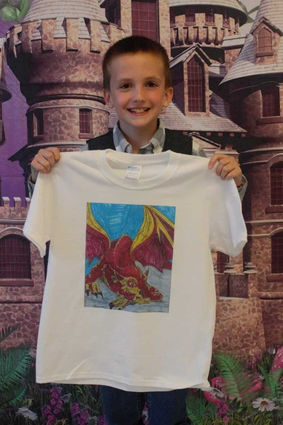 In March, the store is planning a Grand Re-Opening. Baske admits she herself is amazed at how well her business has been received and grown. "I've always wanted to work for myself, "she says. The store will be hosting two general public parties in February. On February 9, a Daddy/Daughter Dance will be held and on February 16, a Mother/Son Dance will be the big event. "Any of the public is welcome to come," says Baske, adding that it's a good idea to register on the store's website beforehand.

Moody Teez is located at 934 S. Wayne Road in Westland. For more details on products, parties, or events, the store can be reached at 734-469-2005 or at the website at http://www.MoodyTeez.com. The store has a Facebook page at http://www.facebook.com/MiMoodyTeez/.