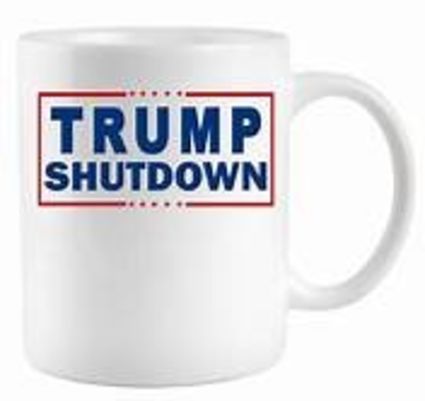 The Trump Shutdown is in its 33rd day, and hundreds of thousands of workers still don't know when their next paycheck will come. Trump's temper tantrum has forced workers to take on second jobs just to pay their bills, and wait in long lines at food banks just to feed their children. The Trump Shutdown has to end.

Here are real stories of Americans hurt by the Trump Shutdown:

"We're being held hostage, but we are being hurt, tremendously hurt, through no fault of our own. That hurts. It really hurts." - Federal worker

"I know that our president said he will hold out for months or even years, but the American people can't, particularly those who depend on that paycheck to take care of their family." -

"Everybody has bills to pay. We've done the work, we

deserve to be paid for the work that we've done." - Federal worker

"It's been an emotional rollercoaster. If I could afford it, I'd probably need to be in therapy right now because that's all I do is cry. And I don't want to cry." -

"I'm probably going to have to take out a loan with the credit union so that I can continue to pay my bills. I have unbelievable costs that I'm dealing with and I never anticipated having this shortage of income." -

"When all of this happened, and we were in jeopardy of missing that first check, a lot of the things were able to we pushed until mid-January. Well, here we are, no paycheck for mid-January, so now we're back on the hamster wheel of seeing if we can do that again." -

"When I called my landlord, the lady at the leasing

office, and I let her know that I'm affected by the government shutdown, I'm not getting paid and she said 'Well ma'am, your rent is still due.'" -

Me being the main provider of the house, my check goes to all the major bills: the rent, all the food, the groceries." - Federal worker

"It's been pretty shaking and somber. My husband was not in a happy mood this morning when he got dressed and went to work knowing that we are living on our savings account right now." -

"It's very stressful. Hard time sleeping at night because

you're thinking about when is the next paycheck coming in." - Federal worker

"We've had to make a lot of adjustments. We're considering

having to pull my daughter out of daycare. We're trying to stretch out our expenses as long as we can." -