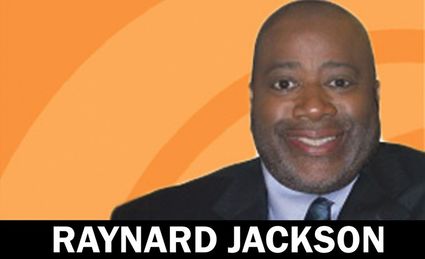 Team Raynard Jackson & Associates, LLC is happy to announce that its founder, Raynard Jackson, was nominated last week for the prestigious Pulitzer Prize Award under the category for "Commentary."

The Pulitzer Prize is considered one of the highest honors for anyone involved in the news industry. According to Jackson, "I am not a journalist. I am a columnist but I am thrilled that the New Pittsburgh Courier newspaper deems my writings worthy of consideration for the Pulitzer Prize."

The column that was submitted for consideration was titled: "Hypocrisy in the Democrat Democracy." The column focused on the racism emanating from the Democrat Party towards Blacks.

Many consider Jackson to be one of the top Republican operatives in the country and think he provides a very unique voice that deserves to be heard. He uniquely speaks directly to the Black community and America in general, in a way that actually causes many Blacks to rethink their political alliances.

Former long-time Washington Post reporter, Mike Fletcher, said about Jackson's writings, "I don't always agree with Raynard, but in a world of recycled talking points, his columns are consistently original, well-reasoned, and provocative."

His columns are syndicated nationally to more than 200 newspapers through the National Newspaper Publishers Association (NNPA).

As a long-time Republican and ardent Trump supporter, Jackson's writings bring context to a lot of the political issues impacting the Black community in such a manner that even if you disagree with his position; at least he shows you a thoughtful alternative view.

Jackson stated, "My goal is not to get you to agree with my writings; but rather to get you to consider another perspective. If I achieve that, my job is done."

Jackson is a native of St. Louis, MO and cut his political teeth on the presidential campaign of then Vice President George H.W. Bush; who is responsible for Jackson moving to Washington, DC in the 1980s.

He has a B.S. degree in Accounting from Oral Roberts University in Tulsa, OK and a M.A. from George Mason University in Fairfax, VA.

We, at team RJA, are proud of our founder and hope you will join us in congratulating Raynard for this well-deserved recognition.