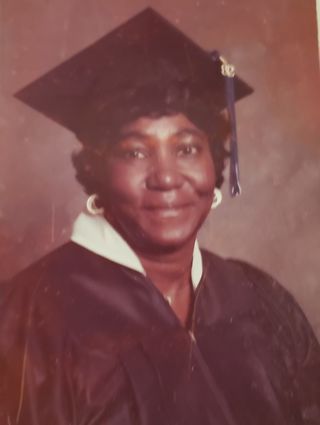 January 29th Bettie Belle Clark turned 89 years old. She has lived through every lesson America can teach a black woman. Bettie has seen the presidential scandals and hiccups that made us who we are, witnessed icons pass away, and outlived more peers and family than she can count on one hand.

Bettie was raised on the Nucklles sharecropping farm in Rossville Tennessee. Her father Jesse "Dock" Clark earned a living by harvesting cotton, peas, and livestock on the farm; Dock also earned his coin producing a secret family recipe of whisky and liquor. The woman of the house, Suzie Yancey stayed home and raised fourteen children. Where Bettie is now the oldest living sibling.

The family business was easy to adopt and teach for Bettie. In a time where the black household were more business operated. All families made it a priority to have each others best interest. Bettie worked hard on her father's farm, and other spaces on the plantation; she worked extra to have better clothes and supplies for school. Spare time was used for reading and writing.

Working in the cotton fields was a part of Bettie's past she'd always remember but never want to return to. At 21 she relocated to Highland Park, Michigan. Where she pursued a lucrative grind as a housekeeper and babysitter. She even earned enough money to buy her own car, a blue two door chevy. A big step up from the fields.

In Biology all living organisms have a window of time sufficient for organisms to grow, develop, mature, reproduce, and nurture. This phase has many names. Biological warranty period, essential life span, or adaptive lifespan to keep it short.

Studies suggest the biological warranty in humans sit between the ages of 60-70. After this time mortality rates raise and health falls tremendously.

Of course factors of living and quality of life vary among people. Old age isn't guaranteed in this crazy world; 60 is an age to be proud of regardless.

Between the years of 1954 And 1966, Bettie had given birth to ten children. Findings from a 2011 H-Cup study surverd 4.2 child births in 2008 state that 94.1% showed a complication. (2) Research from a 2018 study published by the University of Michigan states, with data from 2012-2015. Non-Hispanic black women had a 70% higher rate of having a severe birth-related health problem than non-Hispanic white women. White women had better outcomes when it came to nearly every other childbirth complication than those who identified themselves as any other race.

Although Bettie's childbearing years lacked the research clearance of today's standards. She has been a living statistic. Bettie has had two stillborn children, and lost a 17 year old son in an auto accident.

To overcome the tide Bettie obtained an education to help raise her family. Her parents advocates on education, and she laid the same groundwork for her family. She didn't want to see them spending their youth in the same manner as hers. In 1982 she earned a degree in Mental Health. Nursing was her goal but their was too much at home to tend to. She went on to work in nursing homes and hospitals until her retirement at 62.

As the family developed, Bettie's role started to change. Through it all she's comfortable in Southfield Michigan with her remaining seven children; ten grandchildren and nine great grandchildren.

She has been able to work less and live more.

Bettie enjoys sports, there's never a Sunday where she isn't enjoying a football game. Her family is actively returning the love she gave them growing up.

I paid the young lady a visit for a lesson in history.

Xavier Jones - What can you tell me about your childhood?

Bettie Clark - Work! A lot of work! Working in the cotton fields! We had to walk long hot country roads. My father did everything he could to maintain us. I had my own responsibilities on the farm to keep up with through him.

Xavier Jones - What did you like about the schools in Rossville?

Bettie Clark - I got to learn how to read, and write and spell! My mother and father were my first teachers but with school I got to learn outside the house. It was my first way out!

Xavier Jones - Why did you relocate? 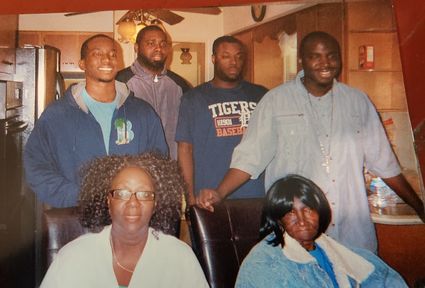 Bettie Clark - My brother came down to visit, and suggest I go back with him. I didn't want to see myself stuck in a cycle of working on a farm and picking cotton. Opportunity called and I answered.

Xavier Jones - What is your secret to longevity?

Bettie Clark - Be happy and be nice to other people! Use what you have in a good way, so you don't have to hurt for it later. At the same time don't be selfish and keep the best intent for the next person.