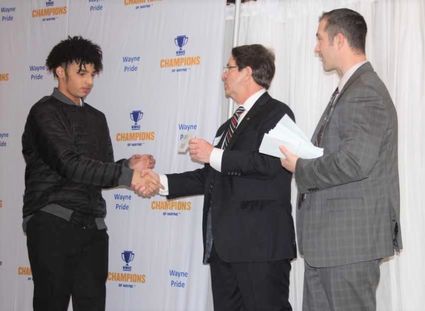 The Champions of Wayne program is a non-profit organization centered in the Wayne-Westland community that provides all participating students a chance to earn $200, just by completing a goal that they set at the start of each semester. Bill Gray and Richard Helppie founded the Program in 2009 as a way to show students that they are "capable of doing better than they already are." said founder Richard Helppie during the Champions of Wayne banquet. While on the surface the $200 incentive and the surplus of student goals met seem to be the result of Champions, the lasting effect of the program is much more valuable than $200.

One of the benefits of the program is the strong sense of community and trust that each student builds with their mentor, almost every champion and mentor addressed this critical feature of the program. Mentor Amy Murray, the school librarian, said having a mentor must be willing to "encourage them when they're discouraged, try and get them to achieve at a higher rate, and build positive adult-student relationships."

Two of the longest reigning champions, Shannon Pypa and Liz Bocks both highlight this aspect of the program. Bocks said, "It facilitates really positive relationships between students and staff members."

Pypa said, "I think that every student in this building should have a designated adult here. A person they can go to and feel safe talking to... and champions has facilitated that."

Even during the Champions of Wayne banquet one of the student speakers, Cameron Kupel, said, "One of the best parts of Champions is being able to go in and talk to Mrs. Bocks whenever I need to."

This phenomena of being the catalyst of student-teacher relationships is what makes the Champions of Wayne program so valuable for the students and community of WMHS.

Another unique feature of the program is its all-inclusive nature and the sliding scale of goals. The program is open to all students no matter their intelligence, behavior, or past. They also let each student set a personal goal that fits them. One student might be going for a 4.0 GPA while another might have the goal of not getting suspended for a semester.

"Every student is at different levels and you have to come to where they are... Because you never know what someone's past or home life is like," she said. 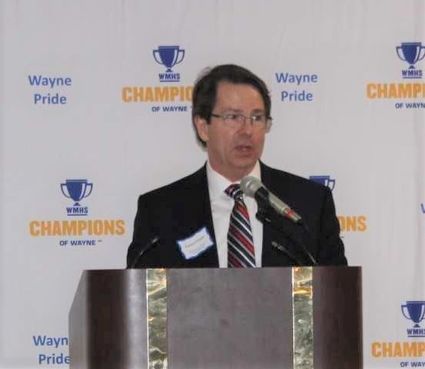 This was very apparent with the student speakers at the banquet. On one end Cameron Kupel's goal was a 4.0 GPA and he revealed some of his struggles of growing up in a fatherless household and not always having the best home life, while Tyshaun Freeman told us that his goal was around a 2.5 GPA and he struggled with issues with the law and behavior problems in school. Even though on a report card one goal is a lot better than the other, the Champions of Wayne program holds both of those achievements on the same level. It doesn't matter if your goal is a 2.0 or a 4.8 or even just coming to school all semester, everyone's goals are held to the same level of importance.

The Champions of Wayne program does something that has almost never been seen before. Not only does it provide a real cash award in the hands of students but it also fosters strong bonds between students and teachers, bonds that might never have been made without the Champions of Wayne program bringing them together. It raises students to their own personal standards rather than setting a common standard and make all students attempt to meet that. It acknowledges the differences in each student and empowers them to better themselves.