Livonia Tail Waggers Needs the Community's Help After Being Scammed 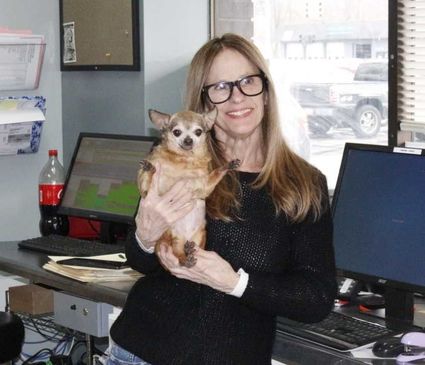 A Tail Waggers volunteer poses with a friend

Laura Zain has always loved animals. As a child, her parents always had cats and dogs at home. Zain recalls one spring day when she was in the car with her mother approaching a red light at the intersection at Plymouth and Farmington Roads in Livonia. They noticed a small flock of Canadian Geese and their goslings walking across the intersection. She was only nine years old, but Zain remembers jumping from the car in an attempt to help the gees across the intersection. All traffic was stopped. She escorted the geese safely to the side of the road and herded them down the street to nearby Hines Park. Of saving the birds, Zain says, "I realized how fantastic I felt."

As an adult facing the challenges of life, Zain says it has always been an animal, which has brought comfort into her life. She wishes everyone could enjoy the benefits received when sharing their life with pets. "I don't want people to ever think that they can't have a pet because they can't afford it," she says. With that goal in mind, Zain founded Tail Waggers in 1990. Initially, Zain ran the business out of her home. Her objective was to provide affordable preventative pet care and food to any pet owner who needed it. Previous work with an animal welfare organization revealed to her that many people simply could not afford routine veterinary care for their pets, including basic puppy or kitten shots.

Zain's passion grew into the Tail Waggers Bowl Fundraising, an event now held each November at a Livonia bowling alley. Funds raised at that first fundraiser enabled Zain to provide an off-site preventative veterinary care clinic. Armed with a table, a few chairs, a pop-up canopy, and hosted by a local veterinarian, the community vaccination clinics were a success. Shortly thereafter, Tail Waggers obtained its non-profit organization status, so Zain was able to obtain vaccinations and flea control products at a reduced cost and pass the saving on to pet owners.

Word about Zain's off-site vet clinic spread and eventually grew into a storefront clinic in Livonia. The clinic offers only preventative care such as vaccines, flea and heartworm prevention products, nail trims and bloodwork. A licensed veterinarian is part of the staff. The cost for such services at Tail Waggers is much less than an average veterinary practice. Clients are not charged additional fees for either office calls or exams, as other veterinarians do. "When people from the community walk through these doors, I think they realize that they come in here without having to fret about the cost associated with something," Zain says.

In recent years, Tail Waggers has also participated with local cities such as Redford, Westland, River Rouge, Ecorse, and Inkster to provide vaccines necessary for residents to obtain pet licenses. While costs for such routine pet care are minimal, the clinic also relies on donations. Tail Waggers also supports Pantry 4 Paws, a pet food assistance program, which relies on donations as well. Pantry donations are often a project for school groups, scout packs and churches.

Recently, Tail Waggers sought to bring relief to seniors and pet owners on government assistance. Word of the effort brought in donations. However, after the proceeds had been used to pay veterinarians' wages, to pay for medicines and other clinical expenses, it was discovered that many of the donations received via credit card were, in fact, fraudulent. Zain learned that many cardholders had been charged without their permission, and Tail Waggers was required to return the money.

The fraud and resulting expense to Tail Waggers has the clinic in a financial bind right now. Zain has cut expenses by closing the clinic on Tuesdays, cutting staff, and doing much of the work around the clinic herself. Clinic veterinarians are still being paid and medications are still being purchased, however. The work goes on, but the rent is due, and Tail Waggers' landlord is mulling eviction. Zain is frustrated. "So, it just became a snowball effect from a program that we wanted to do good, to getting some donations in for, only to be told they're fraudulent," she sighs.

The surrounding community has become dependent on Tail Waggers for its affordability. "They won't go to a private practice, 'cause they can't afford it," Zain says of her loyal clients. She wants the community to know that if they want the services at Tail Waggers to continue, they're going to need some help to ease the debt resulting from having been scammed. 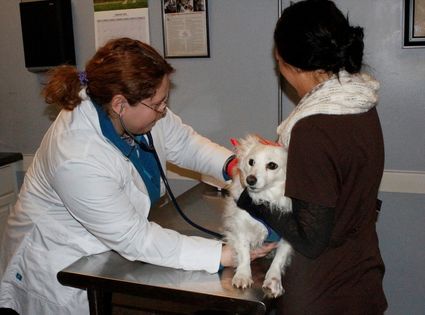 Tail Waggers wants to continue its work for the community's pet owners. Zain says donations are welcome and she is hoping for corporate donors to step forward. Currently, the clinic is staffed by volunteers, with the exception of the medical staff. The clinic continues to serve roughly 1,000 pets each month. Clients receive an exam, a consultation with a veterinarian, and vaccines and medications. Tail Waggers is not a full-service veterinary clinic and does not handle injured animals or emergencies. Such cases are referred to a regular veterinary practice. Neither is the clinic a shelter or adoption center.

In addition to needing donations, what would Zain want the community to know about Tail Waggers? "That we are here to help," she says.

Tail Waggers is located at 28422 Five Mile Road in Livonia. It is a 501(c) (3) non-profit and all donations are tax-deductible. Donations can be mailed to the Five Mile address, dropped off at the clinic, or via a Pay Pal account which can be found on the organization's website at http://www.tailwaggers1990.org.