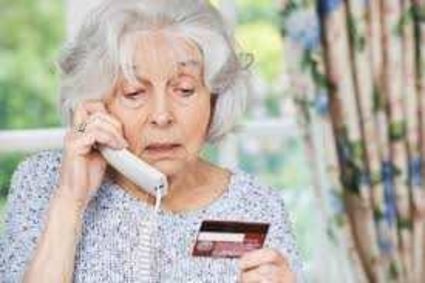 The Grandparent Scam is one of many phone scams targeting seniors in Michigan.

Scam artists are deceptively cunning. The office of Michigan Attorney General Dana Nessel has provided consumers with information on such threats on its webpage. One notable threat is known as the Grandparent Scam.

In the Grandparent Scam, an elderly person receives a phone call from someone claiming to be a grandchild in distress. The caller is frantic and claims to be involved in some sort of trouble while traveling in Canada or overseas, such as having been arrested or involved in an auto accident. The caller asks the grandparent for help by wiring money to post bail or for emergency car repairs. The fraudulent caller typically asks for several thousand dollars to be wired, and claims shame or embarrassment and asks the grandparent not to tell anyone.

A 78-year-old Livonia woman was the victim of such a scam in January, when she received a call from someone claiming to be her grandson. The fraudulent caller claimed to have been arrested in Canada and needed money for bail. The woman was caught up in the scam and lost $8,000.

Jeff Jedrusik, Chief of Police for the city of Westland adds, "Scammers often target elderly people that they perceive to be vulnerable-those that are isolated, disabled, unfamiliar with finances, or have recently lost a spouse."

The attorney general's webpage warns that in such scams, the caller requests the grandparent to wire money through Western Union or Money Gram or to provide bank account or routing numbers. Typically, once the transaction is made, there is no way to reverse the transaction or recover the lost money. "Unfortunately, financial scams and fraud cases are becoming far too common," says Jedrusik. "These cases are often difficult to combat because they often go unreported."

The attorney general's webpage also lists ways to avoid being scammed by this or any other suspicious method scammers use. The obvious is to attempt to ascertain the caller's identity. If unsure, you can always hang up and call another family member to verify who is calling and where they may be.

Never, never wire money to anyone, the webpage warns. And never give out personal information such as bank account or social security numbers. Remember, it's alright to hang up on any phone call you receive which appears suspicious. Always be wary of phone numbers showing on your caller ID which you do not recognize; it is a good ideas to allow such calls to go to voice mail or the answering machine.

The attorney general's webpage lists numerous warnings and tips for avoiding being cheated out of your money. The page also lists what to do if you believe you have been the victim of a fraudulent caller. You can find out more at http://www.michigan.gov/ag. Click on the Resources arrow, and then click on Consumer Alerts. You can also find information on dealing with charities, junk mail, telemarketers and more than a dozen common scams.

Remember, the more you know, the less likely you are to be a victim.