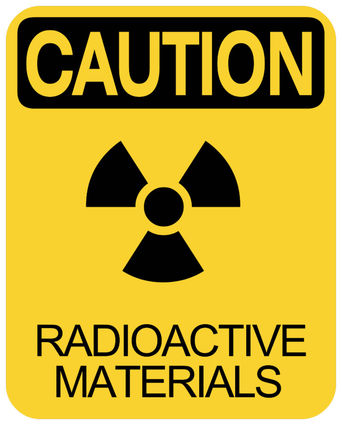 AHRC calls on Attorney General Dana Nessel to investigate the over-concentration of hazardous waste storage and dumping of radioactive waste in Wayne County:

The American Human Rights Council (AHRC-USA) calls upon AG Dana Nessel to conduct an immediate open, objective and transparent investigation related to the "Out of State" radioactive waste coming to Michigan and the overconcentration of hazardous waste storage and processing in Detroit and Wayne County.

This concentration of hazardous material exposes residents, especially in poor neighborhoods, is dangerous to residents in the area, particularly those who reside close to US Ecology's landfills in Van Buren Township and US Ecology's Hazardous Waste Facility located on Detroit's eastside near the city of Hamtramck.

The dumping of Tenorm and overconcentration of hazardous waste storage facilities in Wayne County is a threat to our health and our environment. According to the EPA, Tenorm has higher concentrations of radionuclides that result in elevated exposure to radiation. US Ecology transports Tenorm on our highways and is dumping higher concentrations of these radioactive materials into Van Buren Township landfills.

It's very unfortunate that former Governor Rick Snyder signed two environmental bills STB 1195-96 that would allow increased importation of Tenorm, radioactive waste, into Michigan. In the home of the Great Lakes, in Pure Michigan, this will endanger our drinking water and contaminate it. US Ecology's plan to expand from a 60,000 gallon tank capacity to 660,000 gallons on Detroit's eastside, near densely populated neighborhoods, is unconscionable.

We all witnessed the Flint Water tragedy and its continued serious health impact on its residents. Flint Water continue to serve as a painful reminder that we can no longer take such danger to people so lightly or wait for a tragedy to happen to wake up and speak about it. People's health should be first and it should not be hostage to any industrial and commercials gains. This issue is a true public health and public safety matter.

AHRC stands with a growing coalition of leaders and groups that include Wayne County Executive Warren C. Evans, State Representative Isaac Robinson, the Change Agent Consortium, the Coalition Against the Expansion of US Ecology, and the Michigan Sierra Club in opposing the importation of Tenorm into Michigan and the proposed expansion of US Ecology's Toxic Waste Facility on Detroit's Eastside.

The American Human Rights Council (AHRC-USA) adds its voice to all concerned citizens regarding this most pressing matter and its serious consequences on people. Access to clean drinking water is a human right. With 20% of the world's fresh water supply in Michigan, it is unthinkable that our legislature would enact laws to allow more dumping of Tenorm in Michigan.

The American Human Rights Council (AHRC-USA) stresses that it's a moral obligation to hold such industry accountable to protect all the people of Michigan. AHRC hopes that AG Nessel will conduct this investigation as soon as possible in order to save lives. Public health and public safety are basic human rights that must be protected.

"Clean water is a human right that can't be deprived to those exposed to such radioactive and hazardous materials" said Imad Hamad, AHRC Executive Director. "We are calling on the State of Michigan to look beyond strict technical compliance with weak past environmental regulations and do what is necessary to protect our communities" continued Hamad