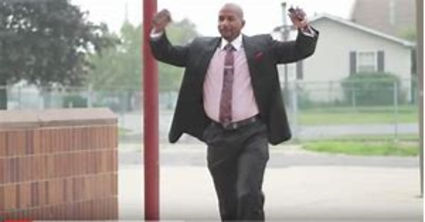 As leader of the River Rouge School District, Dr. Derrick Coleman believes his role is not necessarily larger than any other in the school system. He says the successes in the district are the result of a collective effort on the part of everyone, from bus aides, to lunch aides, to teachers, and paraprofessionals.

Coleman first came to River Rouge School District in 1999 as a high school English teacher. He then served in other school districts, including Pontiac and Detroit. In 2012, Coleman returned to River Rouge to take the helm as superintendent.

"I'm an urban educator at heart," Coleman says. "I have a passion for providing young people-regardless to their economic situation-with access and opportunity."

A child of poverty himself, Coleman understands the students and families he works with on a daily basis. While he performed well in school as a child, he faced challenges related to his family's economic status. But Coleman took his own experience and used it to reach out to young people grappling with the same issues. When considering his own higher education, he chose Secondary Education and Educational Leadership and Administration. Understanding the burdens facing urban young people, he sought to check those burdens.

When Coleman arrived as superintendent, the River Rouge School District was facing a financial deficit of more than $3 million and the district was on the brink of closure. Coleman points to the district's ability to turn that deficit around under his leadership as one of the big successes of his tenure. The district is now financially stable and enrollment has more than doubled in the past six years. "The high school is full to capacity," he adds. The district will graduate 209 students this spring.

The district has also nurtured partnerships with Wayne State University, Wayne County Community College District and the Detroit Job Corps Center to prepare high school students for either college or career. In addition, the creation of a K-8 STEM academy promotes essential skills necessary for students to compete in the modern world.

"Need knows no zip code," Coleman says. In response to needs within the district, programs and services have been created to meet those needs. A school-based healthcare center has been established at River Rouge High School to serve the healthcare needs of students. The clinic is funded in part by the Beaumont Foundation, the Michigan Department of Health and Human Services, and the Michigan Department of Education. Transportation is provided by the district from the start of the school day until the myriad of after-school activities are completed. Transportation is provided for those students residing outside of River Rouge as well. The district also provides a free breakfast, lunch and dinner as needed to each student. "Young people want to be in an environment where they feel safe, where they feel supported," Coleman adds. 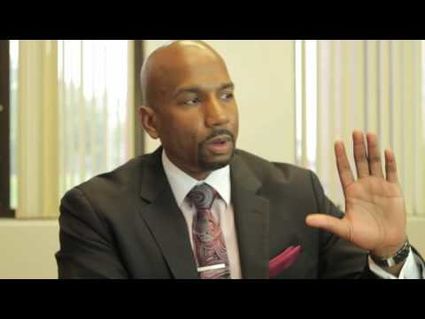 Additionally, the school district provides liaisons to those students who have suffered trauma or whose families are struggling with homelessness, to provide the necessary resources to help relieve the burden. "That goes back to us providing access and opportunities for children," Coleman says of all the supports offered to students and families. "We believe that healthy children are going to be academically competitive, and so you create these resources that, when they're brought together, it provides a much greater opportunity for children to be successful regardless of their economic status." The supports offered by the school system are apparently working: Coleman say 25 percent of the current senior class carries a grade-point average of 3.0 or higher.

"I think people would be pleasantly surprised if they saw the work that was going on here," he says. "A child will leave here, they will have gotten breakfast, lunch, and dinner, and they've been part of incredible enrichment opportunities." But Coleman knows the success is due to the efforts of everyone involved. "Like I said, great things are happening."