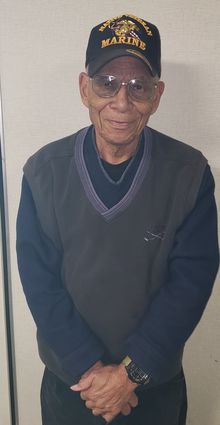 October 9th 1931 Seven o'clock in the morning, Tupelo Mississippi Fred Moore Jr Born. Fred is a product of an Alabama raised mother, Elnora and his Mississippi raised Senior. Fred Moore Sr was an educated, hard working man who survived all of the nasty things the south showed him. Racism, discrimination, and even natural disasters. In the 1927 Mississippi Flood he lost a brother; later he lost his parents.

Fred Moore Jr lived in Tupelo with his parents and sister Lenora. Soaking as much information as he could from movies, newspapers and life's lessons. Reliving pieces of his father's past. Sunday night, nine o'clock, 1936. A tornado raided Tupelo, taking away five children; from the ages of three to ten and their mother. Fred swore on their graves that he will be their spokesperson.

Lee County Training School was the first school Mr. Moore attended. An October 11th 1935 snippet from the Tupelo Journal he provided, briefly mentions the school burning down. Mr. Moore says the fire truck didn't leave the station until the school house was nothing but ashes.

The tide in Mississippi wasn't the best, but school, church, and road trips to see relatives always kept the Moore family's hopes up. Sr always kept his eye on a better opportunity for his family.

After high school Moore Jr was drafted to the United States Marines. He served his tour and returned to Rouge to pursue an apprenticeship opportunity.

Fred later started a family, he currently has three children, seven grandchildren, and three great grandchildren. He loves contributing to their growth and maturity.

Age doesn't matter to Fred, he's active in the schools and community. He's forever present at protest, community events and can be seen giving a helping in throughout the neighborhood. In October 2012 he wrote a letter to President Obama, which the President and first lady personally returned. Over the years, Mr. Moore has made it his job to preserve the history he feels the people need to keep in their minds.

He is more than a wise old man; Fred Moore Jr is a man who can cite his sources. His family kept scrapbooks of their life, he was able to provide me exact dates and times. Any random piece of information you didn't know; Fred has a print out on hand with all the data you need.

If you see him on the streets stop and ask him a question. I promise it would serve better than most U.S History classes. Fred Moore Jr is truly a piece of history that should be appreciated and protected at all cost.

Xavier Jones - What was your father's reaction to the River Rouge High School yearbook?

Fred Moore Jr - He smiled and he said "Someday".

Xavier Jones - Did Tupelo teach you anything that helped you in Rouge?

Fred Moore Jr - I looked around and I seen most of what I was taught down there. My radio teacher had written on programs that Tupelo introduced me to. There were also a lot of sports techniques I learned from the movies.

Xavier Jones - What was your mindset when you first seen the school?

Fred Moore Jr - I wanted everything River Rouge had to offer!

Xavier Jones - Were you surprised when you got drafted to the service? 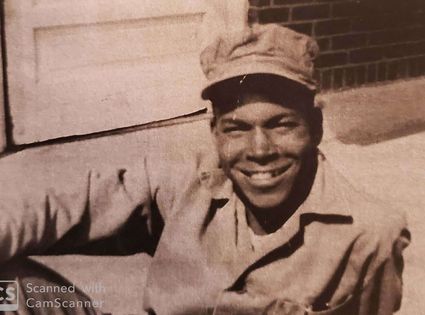 Fred Moore as a young man in the Marines

Fred Moore Jr - I expected it. The other classes ahead of us got drafted. It was something of a rite of passage.

Xavier Jones - What were some of the challenges you faced during your education?

Fred Moore Jr - We were transitioning from the old school to the new school. There was no black history. There were supposed to be books sent with black history, but when they got to us the pages were ripped out. I'm lucky for my teachers, we had no idea where they got the information from. But boy did they teach us!

If you know of a senior citizen that you would like to have featured in the Telegram, please contact us at [email protected] or call 313-928-2955