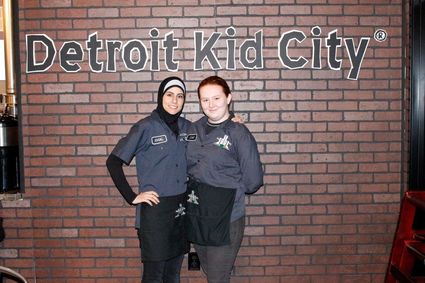 In this 21st century world, even children as young as four spend a good amount of time each day glued to a video screen. Technology is everywhere, and while digital devices have made life easier, sometimes it's good to just set devices aside and let the mind wander-especially for children.

It was with that idea in mind that Garret and Laura Dixon established the first Detroit Kid City in Southfield in 2012. The company's website boasts: Unplug and have some good old fashioned family fun. The venue is promoted as a place for children's imaginations to take over, sans the electronic devices.

On December 29, 2018, the first Detroit Kid City franchise opened in Dearborn, managed by Amal Bakri and her brother-in-law, Fouad Bazzi. The venue is part coffee shop, part play space. It is laid out like a large village, complete with a hometown feel, and includes a post office, a barber shop, a school house and a miniature version of Detroit's own Hitsville music studio. The entire play space is designed for healthy imaginary play time. Young children can be a barber, a school teacher, a recording artist, or a football star. Bakri, a former elementary school teacher, says, Detroit Kid City is "a place for kids to really enjoy their imaginations, and to put down the technology." As a coffee shop, the atmosphere is relaxing for parents and caregivers as well. Hot beverages are available for adults, such as coffee, espresso and hot tea. Also available are cold drinks, smoothies, and snacks by local companies, like Faygo and Better Made.

A parent herself, Bakri says she thought teaching would be her life's work. But she felt the need for a change and, encouraged by her brother-in-law, Bazzi, became a business owner. Bakri says she felt Dearborn lacked a year-round place for families and children to gather. "Our community needs somewhere for their kids to interact and play, so that was one of the many reasons we brought it to our city."

Since opening nearly three months ago, Bakri says they are receiving positive feedback from patrons. She says some people merely peek in as they walk to or from the nearby Kroger, asking, "What's this place all about?" They see that Detroit Kid City is a play space and usually return with their kids in tow at a later time. Bakri says they also specialize in children's birthday parties and field trips. 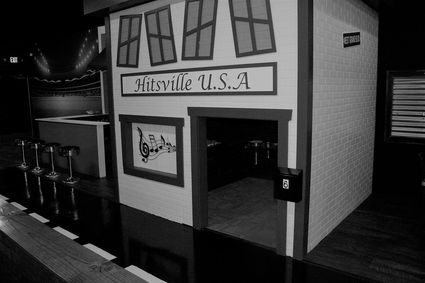 For the future recording artist, Detroit Kid City has just the place to practice!

Gabi Austin works with Bakri as assistant in the café and the shop. "The work we do here is so rewarding. Just to see all the children's faces when they get to come in, especially for field trips," she says. "Every day is a different experience."

Detroit Kid City is located at 22950 Michigan Avenue in the Dearborn Plaza. Open play time is from 9 a.m. to 3 p.m. Monday through Saturday. After hours and Sundays are reserved for private parties. Bakri says that in response to customer requests, evening hours are on the horizon.