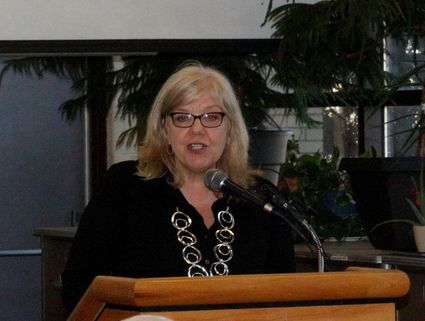 Since General Motors announced the idling of five of its assembly plants late last year, residents, workers, and government officials have been crying, 'Foul!' In addition to plants in Ohio, Maryland, Ontario, and Warren, Mich., the Detroit-Hamtramck Assembly Plant is one of the operations proposed to be idled by January 2020.

Hamtramck city officials called a Town Hall Meeting on Saturday morning, March 23, to discuss the ramifications of GM's decision and what options the city and its residents have. GM's announcement of the proposed idling of the Hamtramck plant has become prominent as the city reviews its finances. Hamtramck's city budget will lose more than $800,000 each year in the absence of the functioning assembly plant. Additionally, the state's school aid fund will lose $115,000 annually as well.

Roughly 1500 jobs are expected to be lost at the plant, in addition to small businesses in the local community which depend on the dollars of auto workers, will suffer diminished income as well.

Hamtramck Mayor Karen Majewski recalled how GM used eminent domain to seize property in its business interests. "When that deal allowed them to acquire hundreds of homes, businesses, churches, and other institutions, in effect, uproot and demolish a living neighborhood, it was with the promise that the company was providing for the greater good," Majewski said. The mayor added that the responsibility now falls to city administrators and residents to become involved in determining what is to become of the idled plant after nearly 40 years of auto production. "You as Hamtramck residents have a vital stake in what happens to that property," she said. "The decisions GM makes will affect how we live in Hamtramck." 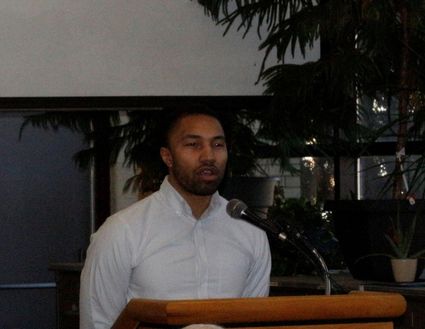 Jerry Goldberg, a retired UAW member and member of Moratorium Now Coalition, also spoke at the Town Hall Meeting. Goldberg suggested the actions that GM is proposing are in violation of contracts the automaker signed with the UAW, tax credit agreements signed with the state of Michigan, and an agreement GM signed in order to benefit from the federal bailout. "They have an obligation to live up to the terms of those public agreements," he said. "We don't just have a right to a say at the table, we have a right to enforce the terms." Goldberg urges city officials to call for a legal investigation of the contracts GM signed.

State Representative Isaac Robinson, who represents Michigan's 4th Congressional District, attended the Town Hall, along with State Senior Adam Hollier, who represents the state's 2nd Senate District. Both called for action from government leaders, business leaders, labor leaders, and residents in finding options to ensure the community will be taken care of. Robinson called on GM to be a responsible corporation and to not turn its back on the people of Hamtramck and Detroit. Hollier said the community must explore options for picking up the slack in response to the funding the city and state are losing. "That's what this is all about," said Hollier, "making sure that our community continues to be the place you want to live, raise your family, and grow."