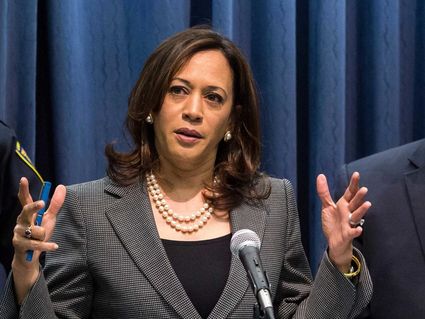 Branch NAACP has once again arrived at a historic moment.

We are now on the eve of our 64th Annual Fight For Freedom Fund Dinner. The dinner is scheduled for Sunday, May 5, at 5pm, at the Cobo Convention Center, soon to be renamed the Chemical Bank Center.

This year will be one of the most exciting years to date.. As you know, this is more than just a dinner. It is an assembly and networking opportunity to bring together persons from all walks of life. It includes business, community, faith-based, labor, grassroots, and the professional fruit from around the nation.

This event is one of the jewels of the city of Detroit. No other city in America assembles together through a civil rights organization the number of people with the diversity and community outreach as the

This year we are particularly pleased as we will honor an individ ual whose very name and international fame is synonymous with a lifetime of achievement. He is a native Detroiter, graduate of Detroit Public Schools, former president of the Detroit Branch NAACP, and former president of the Progressive National Baptist Convention. Recognized by many as a lecturer, preacher, orator, and mentor, he is of course the Harvard Hooper, better known as the Rev. Dr. Charles G. Adams, Senior Pastor of Hartford Memorial Baptist Church. He will receive the James Weldon Johnson Lifetime Achievement Award.

As is our tradition, the Detroit Branch casts a very wide net in the grassroots community and entertainment world. This year, we will honor a man who is an entertainer and creative artist. He has sold over 35 million albums worldwide, 5 Grammy award nominations, and 45 Billboard Hot 100 songs under his belt . He is the visionary behind two thriving record labels, Konlive and Konvict Muzik. He has produced for both Lady Gaga and T-Pain. Forbes Magazine recognized him among its 100 celebrities list in 2017. Pepsi chose him to produce Oh Africa for the 2010 World Cup. Yet, it is not just for his entertainment, but it is for his enlightenment to build lighting in over 15 African nations. He is also spreading his Lighting Africa Project to the United States. He is a community person who is moved beyond entertainment to what is known as "edutainment".

Through his Akonik Enterprises and economic development, he has created a rhythm that is moving African

Americans from poverty to entrepreneurship. We are pleased to present W.E.B Du Bois Freedom & Justice

Award to none other than Aliaune Dama la Badara "Akon" Thiam.

Addiionally, we believe that everyone is important and

those who are on the front lines of making a difference on the outside as well as the inside is worthy of recognition. We are presenting to a young

man incarcerated for 29 years. During this time, he led the effort to organize branches of NAACP in both the Ryan and Mound Correctional facilities. He has been a motivator and a bearer of hope for young men locked up and locked away from the belief that their lives do make a difference. For his good work, he was recently paroled and is now out and working with churches, community organizations, and law enforcement to deter negative behavior and to build up the expectations in the lives of young men throughout this community. We are presenting to Mr. Darryl Woods, the Great ·Expectation Award for his continuous work in reclaiming our young men.

An additional recipient of the Great Expectation Award is a young lady who believes in justice from South Africa to North America . She has founded the Prison & Family Justice Project. She is an advocate for

those incarcerated and those seeking economic equity. She is an advisor to the National Resource Center on families and children of the incarcerated. A challenger of "stop-and-frisk" policies and an

astute adherent for constitutional rights for all citizens, she is Executive Director of the Detroit Justice Center. Dr. Amanda Alexander.

Last and most significant, we are extremely excited about our keynote speaker. This individual is an attorney at law, a fighter for justice and equality, and a scholar. This individual has a lifetime of service in

the criminal justice arena. In the effort to quell the recidivism rate of inmates in and out of prison, she led the way on the program "Back on Track" for non-violent first-time drug offenders. This individual has made administration of law and its enforcement smarter, not harder. She has been a voice in the areas of advocating for justice and equity throughout the criminal justice system. She has served as a Deputy District Attorney and Chief of the Community and Neighborhood Division as a city attorney, overseeing civil code enforcement matters. She was elected as a statewide Attorney General in 2010 and reelected in 2014. She is the third female U.S. Senator from the great state of California . She is the first woman to serve in the Senate of Jamaican and Indian ancestry. A graduate of Howard University, she learned the memes of famed lawyers Thurgood Marshall and Charles Hamilton Houston who said, "a lawyer is either a social engineer or a parasite on society." We are pleased to welcome this lawyer, former attorney general, now U.S. Senator to the great state of Michigan, the honorable Kamala D.Harris to serve as our keynote speaker.

Finally, this is the 100th Anniversary of the song Lift Every Voice and Sing, performed in 1919 by 500 schooI children in Jacksonville Florida at the segregated Stanton school, where James Weldon Johnson served as principal. We will commemorate and celebrate this song of freedom with hundreds of young people from the city of Detroit and around this region in a special musical tribute. We are inviting studunts from high schools, in and outside of Detroit, to join us for this historic occasion.

You may contact the Detroit Branch NAACP at (313) 871-2087 or visit detroitnaacp.org to secure your tickets, ads, or for information about this significant event..