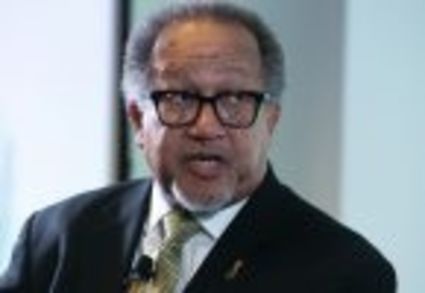 No form of lynching should be tolerated or permitted in America. A lynching is defined as putting a person or a group of people to death by hanging a person or group with or without legal due process.

However, in the not so distant past, the hideous act of racially-motivated lynching African Americans was considered legal, judicial and moral under state and federal laws.

The Congress of the United States finally has a bill pending enactment that makes lynching a federal crime. We support this long overdue anti-lynching federal legislation.

However, there are other forms of lynching that are still occurring across the nation, without due process of law and without a national public moral outcry. Why? Because today, some lynchings are invisible.

There are no blood-thirsty mobs of people salivating their pleasures at the sight of a fresh Black body swinging lifelessly via a rope around his or her neck hanging from a tree or from the institutionalIzed gallows of history.

On college and university campuses in too many states, what is increasingly happening should be called an invisible and insidious form of lynching.

Disproportionately, young African male college students and others are being summarily expelled from college based solely on mere allegations of sexual misconduct violations of Title IX rules without any due process of law or findings of fact. College administrators are arbitrarily determining that these targeted students are guilty and expendable untiltheir innocence is proven.

This is not about guilt or innocence. This is about denial of due process.

For thousands of the accused students the outcomes are fatal to their education and life goals.

I know that this is a controversial subject that many would prefer to remain silent about. But as Dr. Martin Luther King, Jr. clearly warned: "An injustice anywhere is a threat to justice everywhere."

Currently, in the state of Missouri, there is important pending legislation (HB 573 and SB 259) in both the Missouri State House and Senate that seeks to stop and prevent these kinds of invisible Title IX-related lynchings from occurring at Missouri colleges and universities.

This year marks the 400-year anniversary of the enslavement of African people in America. The horrid history of racism and racially-motivated lynchings of African American men, women and children is a gruesome reminder of the depravity of humanity, as well as the malicious lack of due process when a person or group is deemed expendable to satisfy the rage, fear and hate of "others."

In the past, lynchings were very visible. Today Title IX-related lynchings on colleges and universities are less visible, but this form of injustice must be exposed and challenged in Missouri and in every state.

Equal justice and the constitutional right to due process should be afforded to all without regard to race, ethnicity, religion, gender or sexual orientation. This is the reason we add our voice and advocacy to encourage the Missouri legislature and all other state legislatures to stop Title IX-related invisible lynchings from occurring.

Dr. Benjamin F. Chavis, Jr. is a civil rights leader and the President and CEO of the National Newspaper Publishers Association (NNPA) based in Washington, DC. He can be reached at [email protected]