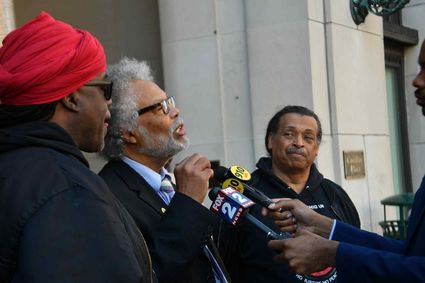 Detroit – The Michigan National Action Network says that Governor Gretchen Whitmer is engaging in racist class warfare with her proposal to increase the gas tax and is fundamentally racist with proposed budget cuts that would limit opportunities for Black students to gain a toehold in engineering careers if funding cuts to DAPCEP (Detroit Area Pre-College Engineering Program) are enacted.

"How many times must Black Michigan take a back seat to a phony liberal Whitmer agenda?" asks the Reverend Charles E. Williams II President of the Michigan National Action Network. NAN has scheduled an 11AM press conference for Monday April 15 in front of the State Office Building at Cadillac Square on Grand Boulevard in Detroit to discuss this issue and action plans.

"It is our children that already have to bear the brunt that generations of legally sanctioned systemic racism and Jim Crow have wrought in the aftermath of slavery too easily swept under the revisionist history of white privilege. Now this governor would cut funding to a program that opens the door to engineering for the descendants of the great American Shame slavery. That is a racist budget cut at its core," said Williams.

Michigan NAN Political Director Sam Riddle expressed NAN's position on Whitmer's gas tax increase proposal. "Fixing the roads with an additional 45 cents tax per gallon is a damn shame that disproportionally hurts communities of color, the poor and working poor. The roads must be fixed but not on the backs of those mired in poverty. We must do better," said Riddle.

Governor Gretchen Whitmer made the following statement when asked about the cuts, "Education and making sure every Michigander has a path to a high-wage career are key priorities for the Governor. This recommended budget is the first step in the budget negotiation process. The education budget by nature has a statewide focus (and specific earmarks are typically eliminated). DAPCEP has ended up in the budget for each of the past 3-4 years, despite not being included in the executive budget recommendation in any of those years."

The Press Conference was held at the State of Michigan Building (NEW CENTER) - Cadillac Place Grand Boulevard in Detroit on Monday April 15, 2019