By Maxine Waters
U. S Congresswoman

Megabanks Have Treated Fines as Cost of Doing Business 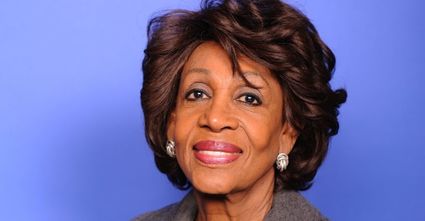 "Today, this Committee convenes for a hearing on the U.S. Global Systemically Important Banks (GSIBs). Before us today as witnesses we have the chief executives from Bank of America, Bank of New York Mellon, Citigroup, Goldman Sachs, JPMorgan Chase, Morgan Stanley, and State Street. At a previous hearing on March 12, we had Wells Fargo's then-CEO before the Committee to testify.

"Before I begin, let me urge our witnesses to speak for themselves – I understand that there is some attempt to get Mr. Dimon, per press reports, to speak for everybody. We know that he's very smart, we know that he's been around for a long time, but this is not just his show today.

"The purpose of this hearing is to review the activities of these megabanks and examine how they are operating today. Ten years ago, the CEOs appeared before this very Committee to discuss the financial crisis and the massive bailout taxpayers provided. A decade later, what have they learned? Are they helping their customers, and working to benefit the communities they serve? Or are the practices of these banks still causing harm?

"The U.S. GSIBs as a group have paid at least $163.7 billion in fines since the financial crisis a decade ago, including for consumer abuses and other violations of the law.

"Over the course of the last ten years:

Bank of America has paid $76.1 billion in fines.

Citigroup has paid $19 billion in fines.

"But it appears that they have treated those fines as simply the cost of doing business. All of the megabanks represented on the panel continue to rake in massive profits. Since the crisis, the megabanks have collectively made over $780 billion in profits, or nearly 5 times the amount they paid in fines. And despite all of the compliance failures under their watch, no one has made out better than the CEOs – one made as much as $30 million a year, and another made 486 times the amount a median employee at their bank is paid.

"It will always be profitable for banks to swindle consumers, investors and small businesses if no one is going to hold them accountable. And so as policymakers, we must evaluate what it will take to rein in chronic lawbreaking by the biggest banks.

"What we should not do is to reward them for this behavior. Unfortunately, that's precisely what Trump and his allies in Congress did with the passage of the tax scam. While an estimated 4.6 million hardworking Americans are seeing their refunds reduced dramatically, and another 4.6 million find themselves now owing money to the IRS when they file their 2018 taxes, the largest banks have seen a tax windfall of $14 billion. In addition, Trump's regulators are deregulating the megabanks by reducing bank capital standards, easing stress testing requirements and weakening the Volcker Rule. These misguided actions come at the expense of financial stability while leaving hardworking Americans to shoulder the tax burden.

"So, I am concerned that several of these institutions are simply too big to manage their own operations, too big to serve our communities and too big to care about the harm they have caused."

Maxine Waters is Chairwoman of the House Committee on Financial Services